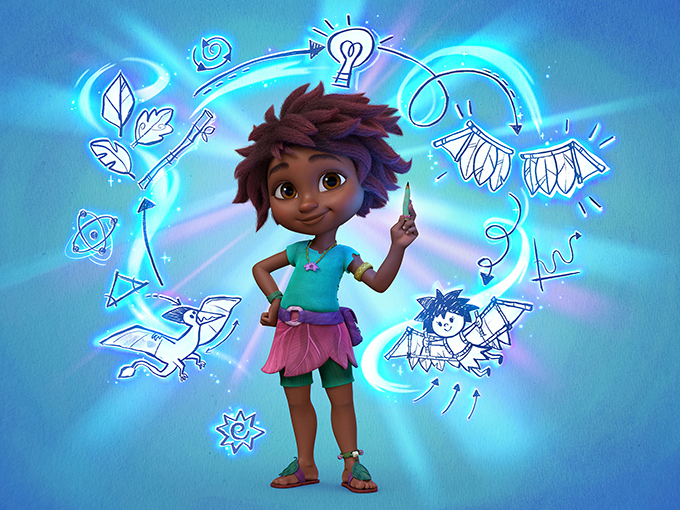 Who Bought What? Disney’s 2021 in review

With Disney Branded Television now calling the shots for both Disney Channel and Disney+, a whole lot of new content and returning favorites were ordered and delivered this year.

Here at Kidscreen, we spend a lot of time talking with buyers about what content they want. But it’s one thing to say you’re interested in buying a certain type of show, and a whole other thing to go out and pick up a BIPOC-led comedy for six-year-olds that’s focused on climate change. So we’re cataloguing what the biggest broadcasters have actually acquired, commissioned, ordered and greenlit in 2021 in this new Who Bought What series.

This marks the first full year that Disney’s commissioning team operated as Disney Branded Television, feeding programming onto both its linear channels and SVOD platforms. In terms of new content, plenty of iconic characters figured into Disney’s strategy in 2021, including the Muppets, Alice in Wonderland and Mickey Mouse. But there were also some innovative projects this year, like mini-talk show interstitials for Black History Month and the company’s first unscripted baking competition show.

April—Produced by Tastemade and representing a first for Disney Channel, Disney’s Magic Bake-Off is an unscripted live-action competition series for six- to 14-year-olds featuring kitchen-themed challenges and games. The House of Mouse in India also adds Cosmos-Maya’s new medical adventure series Dr. Tenali Rama HMKD (104 x 11 minutes) to its lineup. The 2D-animated series is aimed at four to 11s and stars a child doctor who solves people’s medical problems.

February—Disney+ and Disney Junior acquire a new co-pro called Kiya from Triggerfish and eOne for a 2023 premiere. The 52 x 11-minute series is about a group of seven-year-old African girls whose magical headbands turn them into superheroes.

August—The House of Mouse orders Pupstruction, which is set to premiere on Disney Junior and Disney+ in 2023. In association with Disney Junior, Titmouse is producing this animated preschool series about a doggy construction company. Mickey Mouse gets a couple of new holiday specials—Mickey’s Tales of Two Witches for Halloween and Wish Upon a Christmas. Also in development is live-action film From the Desk of Zoe Washington, based on a 2020 book of the same name by Janae Marks. The Disney Channel Original Movie will star a middle-grader who learns her father was falsely imprisoned and embarks on a mission to set him free.

September—Disney Branded Television partners with writer Chris Columbus to develop a new live-action series called House of Secrets for Disney+, based on the fantasy book series he co-authored with Ned Vizzini. Sci-fi live-actioner Sal & Gabi Break the Universe  is also in development at DBT and actor/director Eva Longoria’s prodco.

October—Firebuds is greenlit for a 2022 premiere on Disney Junior and Disney+. This animated comedy-adventure for two to sevens hails from creator and executive producer Craig Gerber (Sofia the First). The SVOD also picks up live-action comedy series American Born Chinese, based on a graphic novel written by Gene Luen Yang. This project will be directed by Destin Daniel Cretton (Shang-Chi and the Legend of the Ten Rings) and produced by 20th Television for Disney Branded Television.

November—Original 2D-animated series Hailey’s On It! gets commissioned for a planned 2023 release. The comedy-adventure toon aimed at kids ages six to 14 and their families is currently in production at Disney Television Animation.

December—Live-action comedy series Meet the Mayhems is announced, starring a young supervillain who goes into hiding with her family in suburban Texas after facing off against some of the world’s most famous bad guys. It will launch on Disney Channel and Disney+ globally next summer.

Back by popular demand

January—Disney brings all five seasons of The Muppets Collection to its SVOD. The company  acquired the Muppets brand from Henson in 2004, and has since added spinoffs Muppets Now and Muppet Treasure Island to the platform.

February—Five seasons of ZAG/ON Kids & Family’s Miraculous Tales of Ladybug and Cat Noir roll out on Disney+ worldwide. This is the first time the series is available on the SVOD, which plans to stream all of its episodes (130 x 22 minutes).

May—The Muppets get spooky in their first-ever Halloween special Muppets Haunted Mansion, which sees Gonzo spend the night in a haunted mansion on a dare.

September—Popular book brand Diary of a Wimpy Kid gets a film adaptation that will launch on Disney+ in December. Both the film and books center around self-proclaimed wimp Greg Heffley as he diarizes the trials and tribulations of his daily life.

October—Created and produced by Jeremy Zag for kids ages six to 10, ZAG’s ghoulish action-comedy series Ghostforce (52 x 11 minutes) heads to Disney XD in the US, and will launch later in Japan and India.

November—Disney Branded Television greenlights Natasha Kline’s animated comedy series Primos, based on her own childhood experience of having 12 cousins move in for the summer. Disney also acquires the rights to adapt children’s novels Kingston and the Magician’s Lost & Found and Kingston the Echoes of Magic as live-action movies.

Disney, Disney Junior, who bought what