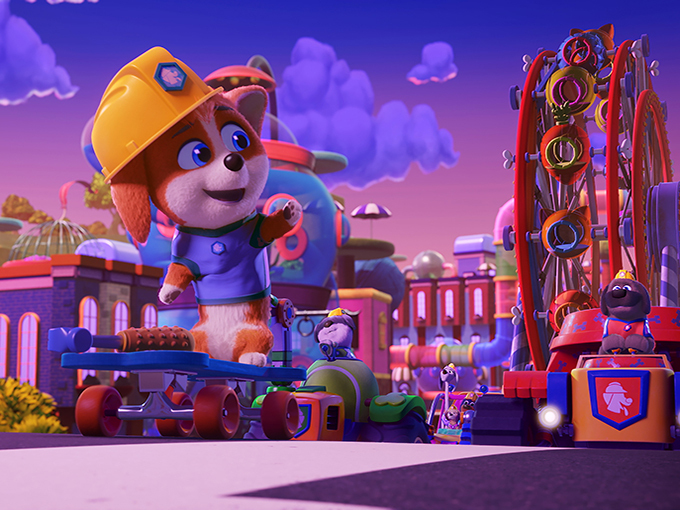 The House of Mouse has locked in Travis Braun for an extended overall deal, picking up his show in the process, and is prepping From the Desk of Zoe Washington and two Mickey Mouse films.

The House of Mouse is lining up new Disney Channel Original movies and has extended its overall deal with Travis Braun, which includes a greenlight for his new preschool series Pupstruction (pictured).

Under his extended deal, Braun will develop and produce live-action and animated projects for all Disney platforms including streaming and theatrical releases. As such, he is developing an original live-action movie for Disney Channel. No details on this project were announced at press time.

Adding to its slate, Disney Branded Television is developing From the Desk of Zoe Washington, a live-action film based on the 2020 book of the same name by Janae Marks. The Disney Channel Original Movie stars a middle-schooler who learns that her father was falsely imprisoned and fights to free him. Actors Kerry Washington (Scandal) and producer Pilar Savone (Django Unchained) are executive producers through Simpson Street Productions, alongside Effie Brown (Dear White People) from Gamechanger Films. The release date and where it will launch have not been finalized yet, according to a Disney spokesperson.

Also announced yesterday at the Television Critics Association Summer Press Tour, Disney Television Animation is releasing two new Mickey Mouse films on Disney Junior this year. Mickey’s Tales of Two Witches, which revolves around in-training witches who join forces to take down a mischievous ghost, premieres October 7. On December 2, Disney Junior will bow Mickey and Minnie Wish Upon a Christmas where Mickey and the gang scramble to reach a magical star so they can wish everyone home in time for Christmas. Rob LaDuca and Mark Seidenberg (Mickey Mouse Clubhouse) are executive producers on both films.