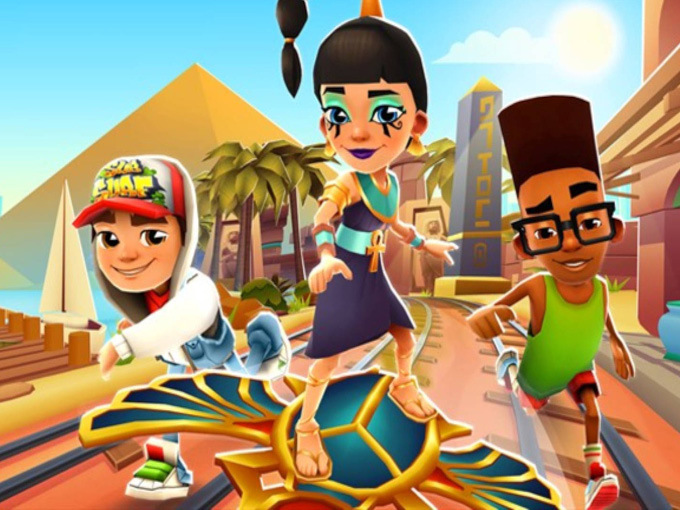 From new content for old brands, to next steps for big global properties, here are 10 Kidscreen Daily stories that attracted the most readers this year.

CP growth for YouTube brands and older nostalgic IPs getting new content made some of the biggest headlines in kids entertainment news this year, and also attracted the most eyeballs. As 2020 draws to a close, we’re taking a look back at our top-10 Kidscreen Daily stories for the year.

Coming in first by quite a margin was the news that mobile game Subway Surfers (pictured) would roll out an exclusive North American consumer products program at Walmart. With more than 2.7 billion downloads, the popular endless runner game grew its US retail presence with toys, apparel, accessories and home tech.

Other stories that resonated with our readers included news about YouTube darling CoComelon (100 million subscribers), Thomas & Friends, SpongeBob and Miraculous Tales of Ladybug and Cat Noir.

Our Kidscreen Awards results always make for a popular story when we announce the winners in February. And this year, an editorial about Black Lives Matter also garnered a lot of attention.

#1: Walmart rides Subway Surfers wave by Ryan Tuchow
New licensees came on board the popular mobile game as part of an exclusive retail launch at the big-box chain in North America.

#3 WildBrain, Netflix bring back Johnny Test by Ryan Tuchow
The series found a new audience on the streamer with its light-hearted style, and is now getting a refreshed look for two new seasons and an interactive special.

#4: SpongeBob 100x more in-demand than average show by Alexandra Whyte
Nickelodeon’s yellow sponge was in hot demand earlier this year in North America, but it was eOne’s Peppa Pig that came out on top globally.

#5: CN & Boomerang crawl onto Lucas the Spider by Alexandra Whyte

Fresh TV’s animated show, adapted from a popular YouTube series, was picked up by both WarnerMedia broadcasters in a worldwide deal.

#6: Miraculous TV movies headed to Disney by Alexandra Whyte
The linear channel and Disney+ acquired the IP’s first pair of made-for-TV movies from ZAG and ON Kids & Family.

#7: Who took home a 2020 Kidscreen Award? by Jeremy Dickson
Netflix came out on top, with Disney, Sesame and Studio AKA tied for second in wins at the event hosted by actor/comedian Emma Hunter.

#8: Mattel partners with Nelvana for 2D Thomas & Friends by Alexandra Whyte
The iconic train-led brand plotted a course with a fresh look and a new animation partner for upcoming seasons.

#9: Netflix hunts for emerging animation talent by Alexandra Whyte
Amid a talent crunch, the SVOD went on the hunt for storyboard artists for kids and family projects through its new program.

#10 Black Lives Matter by Megan Haynes
We can be better allies to Black kids. It’s time the industry stepped up.