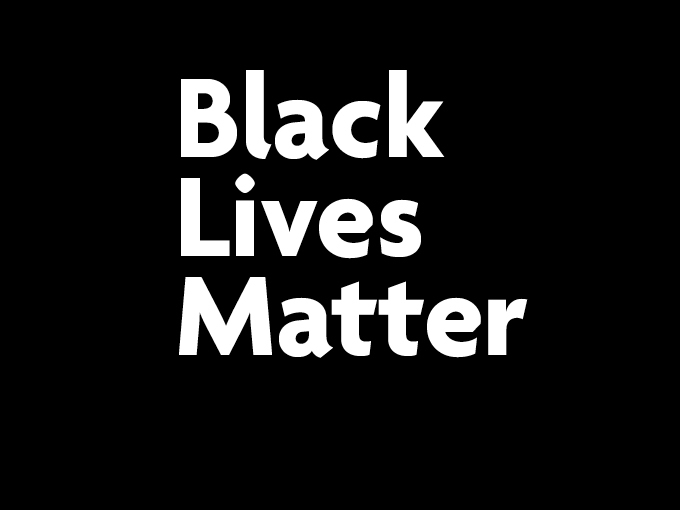 If you don't think the kids industry has a role to play, here's a wake-up call. At Kidscreen, we needed one, too.

Let’s get this out of the way first: I’m a white, middle-class woman. I come from an area of immense privilege. I can walk around with a face mask and not worry about looking suspicious. I can take a morning jog, and not worry about being lynched. I can probably get away with a minor misdemeanor and not worry about being killed. I’m also the editor of a business magazine to an industry that has a wide-reaching influence over how kids grow up. I’m not always great at recognizing my own privilege, and I can do better, and I will. I can be a better ally.

This weekend marked another bitter turning point in 2020 (I pity the kids who have to study this year in their history textbooks 30 years down the line…it’s going to be intense). Social unrest spread across the United States and other parts of the world in protest against police brutality against black men and women.

George Floyd’s death wasn’t just a tragedy. It was preventable sign of systemic racism. And his death wasn’t a wake-up call—we shouldn’t have needed an alarm bell to jolt us out of our stupor. Countless black lives have been lost at the hands of white people. George Floyd’s death shouldn’t have had to have been the match, and yet it has ignited protests across the country.

Let’s use this moment for real change.

So, what can the kids industry do?

First of all, let’s recognize this is systemic, and the content kids watch plays a part, which means the content you create plays a role in this conversation long-term.

A 2014 peer reviewed study published in the Journal of Personality and Social Psychology found that black boys as young as 10 are viewed with suspicion compared to their white counterparts who were considered innocent.

Researchers polled a group of young female undergrads, asking them to rank the age and innocence of a diverse range of kids based on a collection of photos. Overwhelmingly, young black boys were seen as being older than they were, and were far less likely to be perceived as innocent, compared to their white counterparts.

Let that sink in. People were shown a random photo of a random black boy, and assumed he was not only older than he was, but that he was far more likely to be guilty of a fictional crime.

Racism is ingrained in us at an early age, and while people have been calling for years (and years, and years, and years) for more accurate representation on screen, we’re not there yet. A separate study in Communication Research found that when black girls and boys watched an extra 10 hours of TV a week, their self-esteem dropped. White boys saw the inverse effect, and the study posited that in both cases, the increased exposure simply showed that anything was possible…if you were a white boy. This was a 2012 study, and yes, lots has changed in the meantime.

A 2019 Geena Davis Institute report found that there were no overt stereotypical differences in the way characters of color were portrayed compared to their white counterparts in kids content. Characters of color were, typically, well-employed, portrayed as being smart, and weren’t likely to be portrayed as a criminal. That’s great news, so let’s keep up the good work. But that same study found that while representation is trending upwards on screen, the majority of characters—74%—remain white. People of color made up just 26% of leading characters in TV, despite making up nearly 40% of the US population.

So what else can we do?

I can’t stress this enough, we’ve heard this one before, but for the people in the back: Hire diverse creatives. Hire diverse talent. Hire diverse producers. Make an effort to reach beyond your network.

There’s limited data on the diversity behind the scenes, but in the UK where Screen Alliance studies the number of black, Asian and ethnic minorities in creative roles, found that people of color often made up less than 10% of senior roles. A separate study by Women in Animation found that women of color made up less than 10% of exec roles in the US.

It’s easy to justify that you’re just hiring the right person for the job, and they happen to be white, often male. You’re open to diverse talent, they just don’t apply! And the often-heard argument that there’s lots of creative, diverse talent in the pipes, is important. But it’s not enough.

The decision makers and money spenders need to look more like the kids they’re serving than the boardrooms of yesteryear. Gen Alpha is overwhelmingly diverse: The 2018 US census predicted that by this year, non-white kids would outnumber white kids 51% to 49%. By 2060, that’ll increase to 63% versus 34%. Your current and future audience is a panoply of hues. Your business—from the C-suite to the support staff—really need to reflect that shift, and it really needs to be now.

I know the kids industry can be a leader in the entertainment industry. We’ve already seen huge gains in issues like female sexualization and representation on screen. You can mobilize, and you can do it quickly. So I hope you will.

What can we at Kidscreen do?

Well, we can definitely elevate more black voices and talent, and we will make those efforts in the coming weeks and months. We’ll make more of an effort to seek out diverse voices and talent for the stories we pursue, the columns we run, and the speakers we host. We aren’t going to be perfect, so help us out along the way. If you know some amazing talent we should be speaking to, some black producers we should be interviewing, or are a person of color and have something to add to the conversation, please reach out (mhaynes@brunico.com).

Finally, we can stand with Black Lives Matter as allies, and we hope you, the kids industry, will as well. Little boys and girls everywhere are shaped by what you show them. Let’s please show them that black kids are just as valued and loved. Let’s show them that there is a way beyond this current unrest, and that’s change.