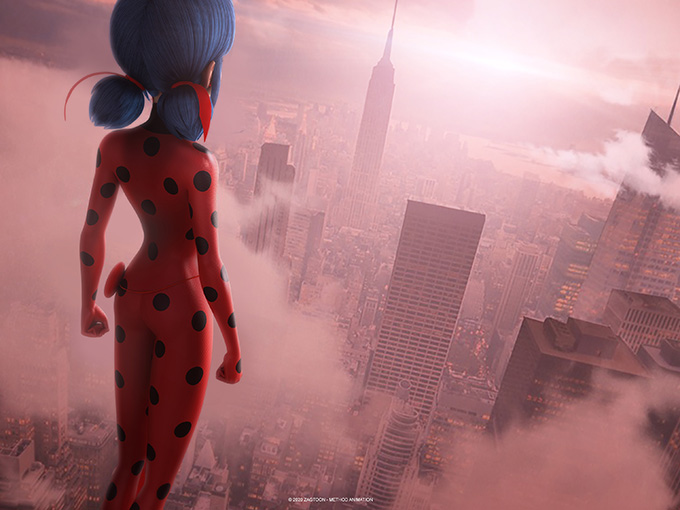 The linear channel and Disney+ have acquired the IP's first two made-for-TV movies from ZAG and ON Kids & Family, with plans to premiere the first one this fall.

The first film will make its on-air debut in fall 2020, with the second one scheduled for spring 2021. On the heels of the TV movies, an animated Miraculous theatrical film is currently in production with a US$60-million budget to launch globally in fall 2021/early 2022.

Created by ZAG and produced by ON Kids & Family, the 3D-animated TV movies directed by Thomas Astruc follow along as Ladybug and Cat Noir go on their first adventures beyond Paris, where the TV series is set.

Originally greenlit for Disney EMEA, the series airs in more than 120 countries worldwide and was recently picked up by Disney Channel US.

The two TV movies are among several franchise expansions currently in the works for the IP. Skydance Media acquired live-action film and TV rights and is still working on an adaptation that was originally set to be released in 2020. Earlier this year, Chinese animation studio Fantawild partnered with ZAG and ON Kids & Family to bring the TV series to China for the first time. As part of the agreement, Fantawild is involved in ZAG’s animated theatrical film as an investor and production partner.