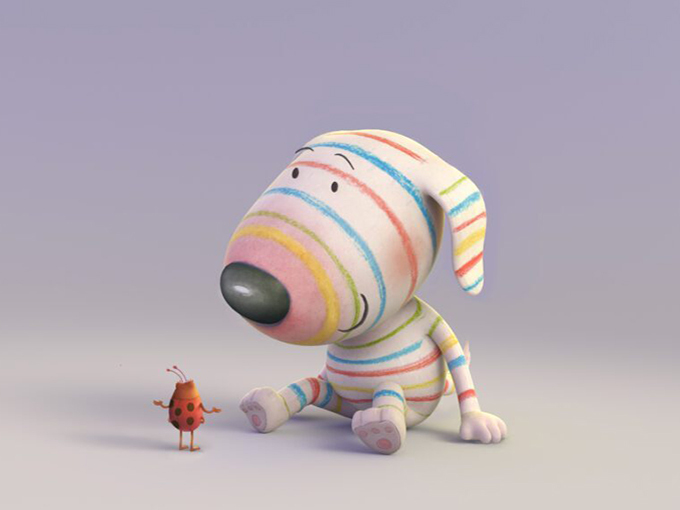 From the Moonbug acquisition to Disney closing linear channels, we recap the year's major shifts in kids TV that could open new opportunities for producers.

It’s been another wild year, to say the least. New content and consumer products trends emerged as families continued to try and cope with pandemic life, and the kids industry got even more creative on the problem-solving front. In this three-part series, Kidscreen is exploring some of the biggest stories of the year, just in case you missed them the first time around. Today’s edition looks at 2021′s most significant news in kids TV.

Through their unnamed media company backed by private equity firm Blackstone, former Disney execs Kevin Mayer and Tom Staggs acquired Moonbug Entertainment in a deal that Bloomberg reported was worth US$3 billion. Moonbug (through its own acquisitions strategy) boasts some of the biggest digital-first kids brands on the market, including CoComelon, Blippi and Little Baby Bum. The company launched in 2018, quickly raised US$145 million in financing, and set about building a catalogue of more than 550 hours of content, including Go Buster, Mia’s Magic Playground, Supa Strikas, ARPO and The Sharksons.

After amassing a massive audience on YouTube, Moonbug shifted focus to building out its distribution business beyond digital, inking deals with broadcasters like BBC iPlayer and Tencent. Netflix ordered new preschool shows and specials based on Moonbug’s flagship CoComelon brand in July.

This acquisition is the second major deal for Mayer and Staggs, who bought up Reese Witherspoon’s media venture Hello Sunshine earlier this year. Hello Sunshine has a kids and family unit that’s headed up by former Nickelodeon exec Claire Curley.

In a whopping US$43-billion deal, WarnerMedia and Discovery committed to combining their holdings in order to create a standalone company capable of competing with the likes of Disney+ and Netflix. The merger consolidates more than 200,000 hours of content spanning 100-plus brands. And the company it created is projected to generate US$52 billion in revenue by 2023.

The new organization will also save around US$3 billion through cost-cutting to eliminate direct overlap. This money will be spent on more original content and creating opportunities for underrepresented storytellers.

Throughout 2021, Disney has been shutting down its international TV networks to make way for Disney+ in countries across Southeast Asia and Europe,.

It’s no secret that kids have been pulling away from linear TV in favor of streaming lately. In fact, UK kids ages three and under recently said that Netflix, Disney+ and YouTube are some of their favorite places to watch content, according to KidsKnowBest. And moves like Disney’s channel closures could help accelerate the move from linear to streaming for many families, according to the research firm.

But other businesses are stepping in to fill the gap. Indian prodco Toonz’s decision to form a division focused on launching linear channels was motivated by Disney closing its channels, and because it sees a demand for curated content children can watch at any time.

After nearly three decades of targeting boys ages six to 11, Cartoon Network expanded its business this year to make and acquire content for preschoolers, girls and families for the first time. The kidsnet is aiming to broaden its audience and become a bigger player in the kids space, according to Tom Ascheim, president of global kids, young adults and classics for WarnerMedia.

The channel’s need for preschool, live action and family-skewing programming created new opportunities for many kidcos, and preschool block Cartoonito quickly got to work greenlighting and picking up content. It ordered new titles including Dylan (pictured), a CG-animated comedy from Canada’s 9 Story Media Group and pubcaster CBC; and Warner Bros. Animation’s Batwheels and Little Ellen. It also inked acquisition deals for shows including Bing, Odo and Pocoyo.

In November, YouTube started demonetizing kids and family content that falls outside of its quality standards, setting a guideline for kidcos that still want to make money on the platform. The new policy requires that kids content promote one or more of the following concepts: being a good person, creativity, play, learning, real-world issues and diversity & inclusion.

It’s a wide umbrella of themes, but videos that don’t make the cut won’t be featured in YouTube recommendations; will be removed from YouTube Kids; and might also be demonetized and kicked out of the YouTube partner program. This change could have major repercussions for producers who rely on the platform for revenue.

The policy shift is part of YouTube’s ongoing efforts to be safer for kids since the FTC slapped it with a US$170-million fine in 2019. One of the resulting changes was that personalized ads couldn’t accompany kids content, which affected revenues at companies including WildBrain Spark and Jetpack, among many other kids content creators that use the AVOD.