The tyranny of television is over! Long live the free screen! Revolutions are always messy, and the second-screen uprising currently sweeping the global broadcast landscape has been no different. Frankly, there’s always that tricky bit at the end about establishing a new order after the flags stop waving, and that’s where media finds itself now.

According to a recent Nielsen study, 70% of tablet owners and 68% of smart phone owners now use their devices while watching television (see “We’re watching TV and…” on p. 77 for some more handy stats). And TV is going to have to find a way to live in harmony with its digital cousins. In fact, when it comes to kids content and entertaining increasingly connected children, reaching a detante between the two may be even more imperative.

But change is already underway, and in many cases it’s being driven by those with arguably  the most to lose—the broadcasters. International networks have begun to adapt in ways that are the most meaningful for them, and those forays are creating a roadmap for others warming up to the coming age of the second screen.

Creating affinity
Many in the industry point to Disney’s Second Screen app as one of the best early steps into the synchronous multi-screen universe. The app synchs DVDs of classic films like Bambi and The Lion King with content designed especially for tablets, allowing viewers to play games, get more info and delve more deeply into the movie as it plays.

But Disney is also dabbling in TV-driven second-screen programming. When the Duncan family prepared to welcome a new baby on Good Luck Charlie last year, more than 25 million Disney Channel viewers stepped up to help name the baby through its website.

Paul DeBenedittis, SVP of programming strategy at Disney Channels Worldwide, says the conversion to multi-screen hasn’t been as complicated as some may have thought.

“This is an audience that has been living and breathing technology and devices,” he says. “The challenge is less about the kids and getting them there. It’s more about how do we create games and apps, and how do we create an online experience that delivers what Disney is all about?

For DeBenedittis, it’s all about the natural integration of characters, content and platform. Sometimes, he says, that comes as a package with the team that presents the project. Sometimes it develops naturally from the show’s DNA.

He points to an upcoming series as an example of that kind of natural integration. Dog With A Blog is a live-action series launching this fall that stars a family dog who can talk to kids (though the parents remain oblivious) and has his own blog, where he offers observations about family life and his experiences. The blog allows fans to ask questions, get information, comment and interact. The second screen, therefore, is built into the core DNA of the linear show. “The last thing I ever want to do is launch a series in just the linear space,” says DeBenedittis. “I know I engage with the shows I love in many different places, whether it is information, games, chat, polling and voting. My audience is just as hungry, and I need that. I need for them to love a show so much that they will go to three different devices to engage with it. And what we have experienced is that with every new device and screen that we have, the level of engagement just increases. It does not take away from our linear screen.”

But each new manifestation requires additional funds and resources, so how does Disney look at the economics of the multi-screen world?

“The screens themselves don’t necessarily deliver any specific revenue models,” he notes. “So we are not looking at one screen individually, but the collection of everything that we have. We have to be efficient with the content we’re using because oftentimes it’s content that can be shared across many platforms.”

It can be part-and-parcel of promotion marketing and programming strategy for the series launch or part of sustaining ongoing content. “That is, once the audience gets engaged with the characters and the story, it becomes part of that second phase; it becomes part of how we continue to build the engagement and affinity,” DeBenedittis explains.

iPolar
Cartoon Network US, meanwhile, has taken a literal view for its latest multi-screen offering, CN 2.0. An app for iOS, it allows kids to watch television and play games simultaneously on their iPads using a clever “Why didn’t I think of that?” approach. In horizontal mode, the app is video only. In portrait mode, the screen splits to show video and gaming segments. In other words, it allows kids to get the best experience on the same device regardless of what they want to do. The app also features video content and exclusive games and collectibles.

“The genesis of the idea goes back to the TV Everywhere initiative,” says Chris Waldron, VP of digital for Cartoon Network. “We want to make sure that we are enabling our viewers to watch our content on whatever platform and on whatever device they are on.”

Video remains the primary driver for CN, with the game layer carefully crafted to enhance, rather than challenge, the experience. “We went back to the design team and asked what kinds of games we could do,” notes Waldron. “[We wanted] games that didn’t require constant attention. If something is always moving, it might be a bit of a challenge. But if you have a break between moves, you can shift your attention up and down—so you can do both.

“The simultaneous nature is a very new thing. That is something we are going to continue to explore. And not just on the split-screen, but also the true dual-screen, because TV is still ultimately the dominant video form and will be for awhile.”

While TV remains the prime mover, multi-screen adaptations are presenting complex challenges that have to be tackled intelligently. Sure, there were complications when television switched to HD over the past five years or so, but imagine that level of change taking place on a monthly basis you’ll start getting a sense of the content and asset management complications associated with multi-screen programming.

“Every new device, every new computer manufacturer, every new browser, every new size of tablet that comes out, we are expected to be there because kids are there,” observes Waldron.

“I think our responsibility is to embrace it—responsibly,” he adds. “Not to the point that we are investing too much money in untested technology, but to understand that people are going expect their content when they are at home on their TV, on their computer, when they are in the car on their four-inch device, when they are sitting in their library chair with their tablet. This is the reality of this world and we have got to find new ways to make it all work cost-effectively for us, but still keep the quality for the users.”

As it was, there was some debate about how to accomplish CN 2.0. Some favored developing in HTML 5 so it could be easily ported across devices, but the broadcaster decided to develop natively for the iPad in Objective C. While HTML 5 would have allowed CN to get games out faster and would have kept the app smaller, Objective C offered better controls, performance and user experience.

In the short term, CN plans to roll out two more games soon and will continue to test the new platform to address any issues that pop up. The network has the next six months to a year mapped out digitally, but Waldron says because the climate changes so quickly, he hesitates to think much further out than that.

“From here, we basically have to let our audience tell us what they like and don’t like. We want to see what’s resonating with them and then use that to go into later iterations of the app.”

I want my second screen
Viacom may have had an unfair advantage in the lead-up to second-screen mania in that it was pushed by its Millennial MTV audience to offer more than linear programming early on. For years, MTV has offered instant messaging and text-to-screen programming to bring viewer comments to air—even before the technology was truly robust enough to support it.

But those interactions changed the way the channel thought about programming. When you consider nascent shows like 1997′s Pop-up Video, where old music videos were repackaged with nifty facts that popped up on-screen, you get a sense of how MTV was trying to bring multi-screen apps to a single site.

“We have a focus on linear transmission,” he admits, “but then it’s also ‘How can we create an immersive experience on a tablet or a mobile?’ And certainly edu-tainment and entertainment non-video assets are a big focus for us.”

In some instances, non-TV assets such as social media and games can help drive TV ratings, O’Ferrall observes. But the broadcaster’s ultimate goal is brand engagement and representing its IP consistently across all platforms, since TV is not always the first touch point for an audience.

“What’s the first screen? Where does that journey start for the audience?” he asks. “The first awareness for a child of one of our brands could well be in a non-TV environment, so we need to make sure that the experience is good to start there.”

Viacom has certainly been successful with its social media efforts (SpongeBob has 36 million followers on Facebook) and gamification (SpongeBob Diner Dash and SpongeBob’s Super Bouncy Fun Time have been some of Nick’s biggest downloads), but it’s less about success on an individual platform as it is about giving properties overall momentum.

“Gamification and connectivity have become way more relevant than they were a few years ago,” O’Ferrall notes. “They are also massively relevant in driving voting and engagement around some of our tent-pole awards shows like the Kids’ Choice Awards, which is now not just about the linear transmission. It’s about how we start the voting process online through social media and through apps, and ensure that the app is something that complements linear. It also has to have a life after that.”

Having all those properties manifest across several platforms means that intelligent asset management and windowing become very important. As a pay-TV operator, Viacom has partners and affiliates to keep happy, and they are dependent on the sanctity of their windows.

“In the last five years, we have had to become experts in windowing,” says O’Ferrall. “And windowing isn’t just about where and when you put content, it is also about the volume of content. And that is particularly relevant to kids content.

“It’s also about where the window is available. So if you are in a search- and recommendation-driven environment, you would need to be more sensitive to windowing than a linear TV schedule. The digital world has made us much better at media asset management.

“The bottom line is if you are on a digital screen and you watch SpongeBob, the next recommendation needs to be SpongeBob or another one of our properties, and that’s why we need to be tight on metadata and tight on optimization around how our brands work in a digital environment. Otherwise, we are going to find the next show that is recommended is not one we have. I think that is something we woke up to many years ago, and I think it’s an area that we need to keep being good at.” 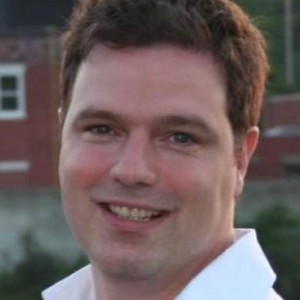