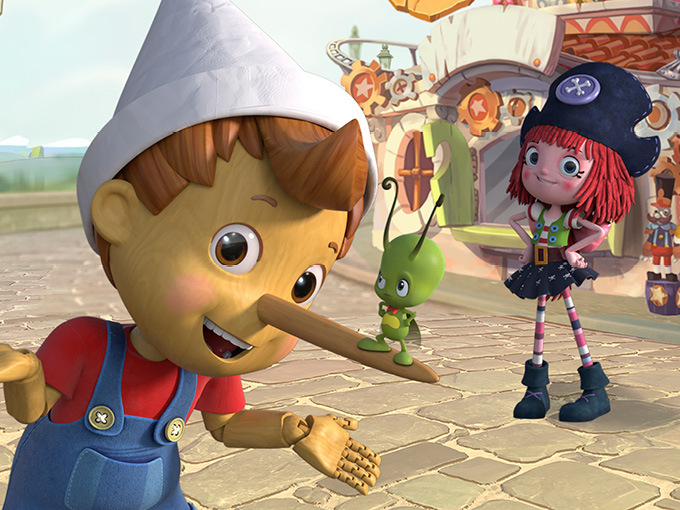 EXCLUSIVE: The companies will co-produce a modern-day retelling of the classic puppet fable, aiming for a Q4 2021 delivery.

Italian animation studio Rainbow is teaming up with India’s Toonz Media Group for a new CG-animated series called Pinocchio and Friends, which is expected to debut in Q4 2021.

The partners will co-produce the 26 x 12-minute bridge series inspired by Carlo Collodi’s kids book The Adventures of Pinocchio. Giving a modern twist to a familiar story, the enchanted puppet who longs to be a real boy goes on adventures with his friends while encountering comedic obstacles in the real world.

Pinocchio is a popular character in Italy, and making the new series gives Rainbow an opportunity to lean on this existing brand awareness while putting a fun and educational spin on the IP, said CEO Iginio Straffi in a release. The studio is shopping the series for four- to seven-year-olds around to broadcasters now.

Pinocchio and Friends joins Winx Club and 44 Cats in Rainbow’s portfolio. The Italian producer also acquired the rights to adapt Scholastic book series The Bailey School Kids into a live-action series in October.

For its part, Toonz has also been busy partnering up to grow its slate and global footprint. In October, the company signed a deal with Russia’s Soyuzmultfilm to co-produce a new 52 x 11-minute CG-animated series called Aliens in my Backpack, as well as teaming up with STEM-focused toyco GoldieBlox to develop kids and family content.