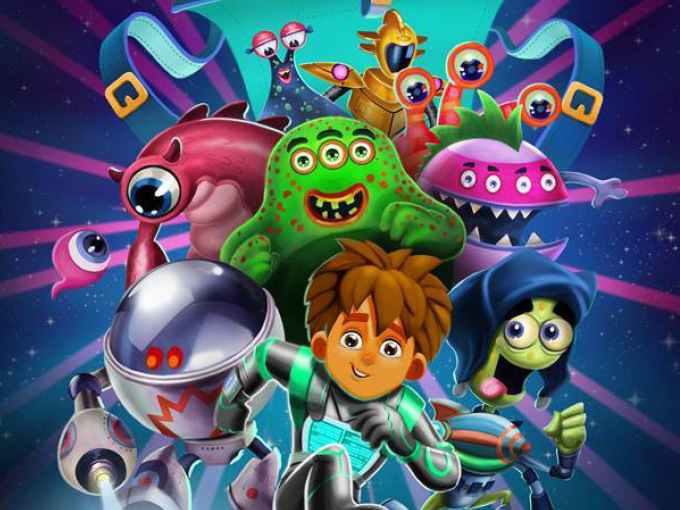 A trio of Aussie kids series get funded, Gormiti heads to streamers, Beetle Boy flies to screen, and Soyuzmultfilm unleashes some aliens.

Screen Australia has invested nearly US$703,000 (AUD$1 million) to develop 28 projects, including a trio of kids series, as part of its latest development funding round.

First up, funding has gone to Melbourne-based Pirate Size Productions (Pencil Pals) for preschool series Andrew the Big BIG Unicorn. The 40 x seven-minute series tracks a sweet-hearted purple Rhino who struggles with being different from all of his peers. Pirate Size writer Dan Nixon and storyboard artist Alyssa Smedley are behind the adventure for kids ages two to six, with Bryony McLachlan producing and Avrill Stark (The Deep) exec producing.

Screen Australia also gave funding to Cheeky Little Media (Kazoops) for Duck Turpin (13 x 22 minutes), which follows a time-traveling duck who gets caught up in an globe-trotting adventure. Aimed at eight- to 14-year-olds, it’s exec produced by Patrick Egerton and David Webster.

All three series are in the development stage, and delivery dates have yet to be announced.

Spanish distributor Planeta Junior has inked new international streaming deals for animated adventure Gormiti. Netflix has picked up the series to launch in the US, Canada and Latin America, while Planeta Junior has also added it to Tubi and Amazon Prime Video through Prime Video Direct in North America. In December, Roku will release the series first in North America and in Southeast Asia on Indian kids channel PowerKids TV. Season three of Gormiti launched in Italy on Rai Yoyo and Rai Gulp on September 27, and it has since been picked up by TVP (Poland).

Co-produced with Giochi Preziosi and Kotoc, the 78 x 11-minute series tracks a group of knights who unite to protect their island from evil.

UK kidcaster CBBC has picked up both seasons (20 x 26 minutes) of See-Saw Films’ live-action adventure The New Legends of Monkey from distributor Serious Lunch. The first season (10 x 26 minutes) will air in early 2021. This fantasy series tracks a young woman’s quest to restore peace to the world by reawakening the Monkey King and other gods.

Netflix, ABC and TVNZ previously bought the series, which was released in 2018. Netflix and TVNZ then renewed it for a second season that premiered in 2020.

Indian production company Toonz has teamed up with Russia’s Soyuzmultfilm to co-produce a new 52 x 11-miute CG-animated series called Aliens in my Backpack (pictured). This eco-conscious adventure is created by Rob Lee and James Driscoll (Fireman Sam) and tracks a group of aliens who travel from their perfect planet to meet humans so they can share their secrets about making Earth greener.

Production begins this year and will be handled by Toonz and SoyuzmultFilm Studios, with the companies sharing responsibility for video distribution, licensing and merchandising. A first episode is expected in late 2021.

London-based Buccaneer Media has teamed up with fellow London studios Nevision and Framestore to develop M.G. Leonard’s Beetle Boy book trilogy as a live-action/CG-animated drama with the same name. The developing series features a 15-year-old orphan on a quest to save the world from an evil scientist with the help of a talking beetle. Nevision optioned the books, which are published by Chicken House in the UK and Scholastic worldwide. Tom MacRae (Everybody’s Talking About Jamie) will write the series, with Buccaneer’s Maya Leonard, Richard Tulk-Hart and Tony Wood exec producing alongside Nevision’s Nigel Pickard and James Cabourne.