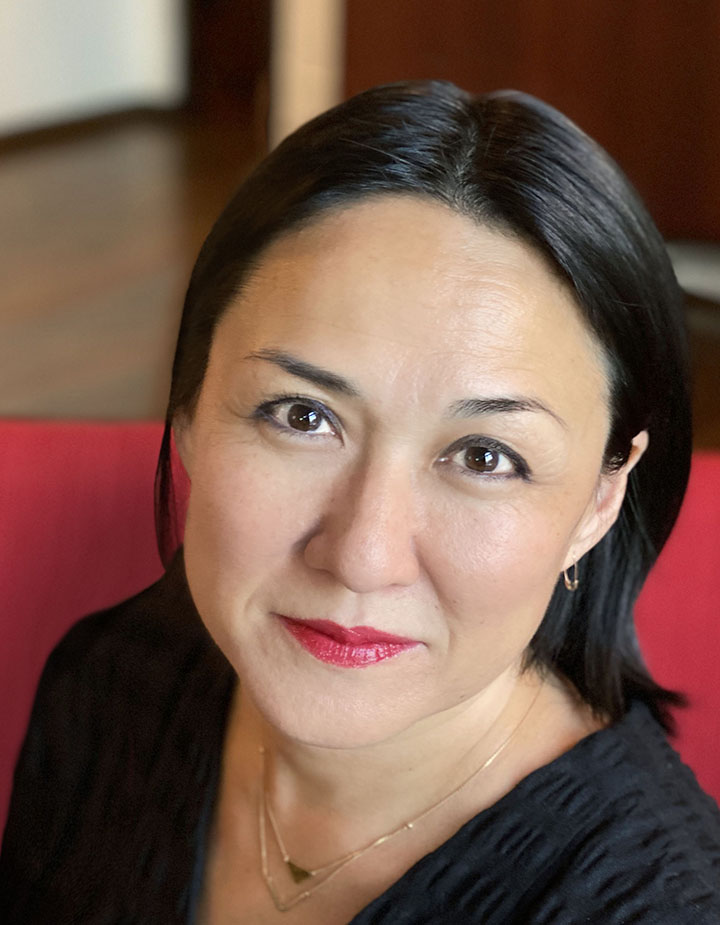 When Ramsey Naito landed her VP of Nickelodeon Movies role in the late ’90s, she was brought in through a diversity and inclusion initiative. Now as president of Nickelodeon Animation, Naito wants to make sure she’s giving the same opportunities to other producers and creatives.

Naito oversees the network’s animated content across all formats and platforms, including linear, digital, TV movies, theatrical motion pictures and SVOD. She manages day-to-day operations for Nickelodeon’s current series and development slate, as well as the net’s key franchises—SpongeBob SquarePants, The Casagrandes, The Loud House, Baby Shark, Blue’s Clues & You!, Santiago of the Seas and the upcoming Rugrats reboot (she started in the industry as a production assistant on the original). She’s also put a number of new series into production for Nickelodeon, including Middlemost Post, Big Nate, Star Trek: Prodigy, Tiny Chef, Real Pigeons Fight Crime and Phoebe and her Unicorn. Naito also oversees the studio’s recent movie offshoots, including a new Teenage Mutant Ninja Turtles theatrical film currently in the works.

It’s a far greater scope than when Naito rejoined Nickelodeon in 2018 as EVP of animation production. In the two short years since her return, the ViacomCBS-owned channel has expanded its studio and movie business significantly, she says.

But her strategy forward is clear: “My plan is to create brand-new shows that come from new ideas, from new creators who are diverse and inclusive in front of and behind the screen,” says Naito.

Diversity and inclusion are incredibly important to Naito, both personally and professionally. To send that message through the ranks, the first thing she tackled was a leadership shuffle at Nickelodeon Animation Studios.

“We reorganized and hired leadership that would represent and mirror the audience in inclusion, so we could attract and identify with diverse creators who might want to come and sell their shows to us.” One such recent hire was Conrad Montgomery as VP of current series animation. Kelley Gardner also was promoted from director to VP of current series animation, overseeing Kamp Koral, SpongeBob SquarePants and Star Trek: Prodigy as executive-in-charge.

Naito’s efforts are aligned with broader efforts at Nickelodeon—earlier this year, Camille Eden joined the company as VP of Nickelodeon recruiting and talent development, with the specific goal of bolstering diversity in the talent pool.

When Naito left her role as VP of Nickelodeon movies in the early 2000s, her career focused largely on films. She worked at Cartoon Network as head of movies before moving on to Blue Sky Studios and Paramount. But it’s her experience as a producer at DreamWorks—specifically on The Boss Baby—that Naito says has been the most formative.

“One of the things I learned on that film was [how to bring] stability to a project during a time of great change,” says Naito. These are learnings she’s leaning heavily on now in order to help everyone at Nickelodeon weather the COVID-19 storm. And while other studios have suffered layoffs, Nick’s Animation Studio has been doing quite well, with Naito going on a 200-person hiring spree since March.

She has a few other changes up her sleeve, including a number of new shows for ViacomCBS’s Paramount+. “There’s no question that it will be a destination for us.” Her first foray onto the platform will be with SpongeBob spinoff Kamp Koral.

“It used to be that we were only making things for linear. But now we’ve opened up our gateway and we’re making things for digital— for our own streaming platform and for other platforms like Amazon and Apple,” she says. There’s also the multi-year output deal with Netflix, which has already seen the launch of co-pro Pinky Malinky.

And with a wide array of projects on the go, Naito is happy to be back with her roots. “I went and worked at many places, and I always missed the culture here, I missed Nick. I loved that I was hired at Nickelodeon through a diversity and inclusion initiative because that gave me an opportunity,” says Naito. “It’s been great to come back in this capacity and help bring back that culture of inclusion that was still here but needed to be amplified again.”