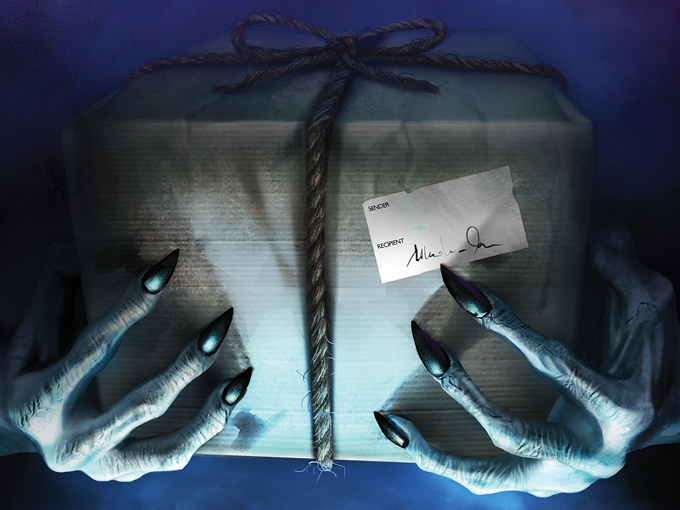 In a crowding podcast market, the studio behind Tara Tremendous sees an opportunity in a more "cinematic" horror series.

Origins Unknown (pictured) is a YA-skewing horror podcast series created by Wonkybot co-founder Stewart St. John. Premiering August 29 exclusively on Pinna, the mystery/adventure tells the story of four teens and their families in a small town who face off against strange happenings.

Aimed at kids nine and up, Pinna ordered two 10 x 17-episode seasons, and co-produced the first season with Wonkybot.

Wonkybot (Tara Tremendous: The Secret Diaries) has been able to carve out a niche for itself by focusing on podcasts, but that space is getting a little crowded. The market has been flooded with kids podcasts in the last two years as children engage more with audio entertainment. The market for podcasts across demos is growing, with more than half (52%) of Spotify users ages 12 to 24 report listening to podcasts every month in 2018, up from 32% the year before. Companies responded to this growth, with Marvel New Media, Pocket.watch and National Geographic all putting out their own audio offerings.

Originally planned as a TV series, Wonkybot pivoted Origins Unknown because the studio saw a gap in horror podcasts for kids. Instead, the market is dominated by narrated educational and comedy titles, St. John says.

Pinna and Wonkybot have worked together before, though making a horror show for the platform wasn’t without its challenges. Pinna has strict rules for horror content targeting kids, banning words like demon, death and possession. But St. John is confident that this helps the show create a “good kind of scary” that will engage and excite its younger audience.

“We focused on making this as ‘cinematic’ as possible,” says St. John. “In Tara Tremendous, we often have one narrator telling the story, while in Origins Unknown we have scenes with as many as six characters talking, while extras come in and out of the scene.”

Since Wonkybot’s launch in 2015, the producer has focused on an audio-first strategy when it came to creating new IPs, most recently launching podcast The Owlsteins about a family of owls stuck at home during the pandemic. Aimed at preschoolers, the lighthearted comedy premiered on Wonkybot’s site and Spotify in April.

Looking to the future, Wonkybot plans to expand into new genres with a space-focused show, a second horror series and a buddy comedy sitcom, says St. John.

“We’re approaching the point where, as we launch more shows, Wonkybot is becoming a destination for kids,” says St. John. “Origins Unknown is a culmination of the work we’ve been doing over the past few years, and now we have the potential to take what we learned about sound design, and to do more to reach that co-viewing audience, tackling more adult themes and conversations.”