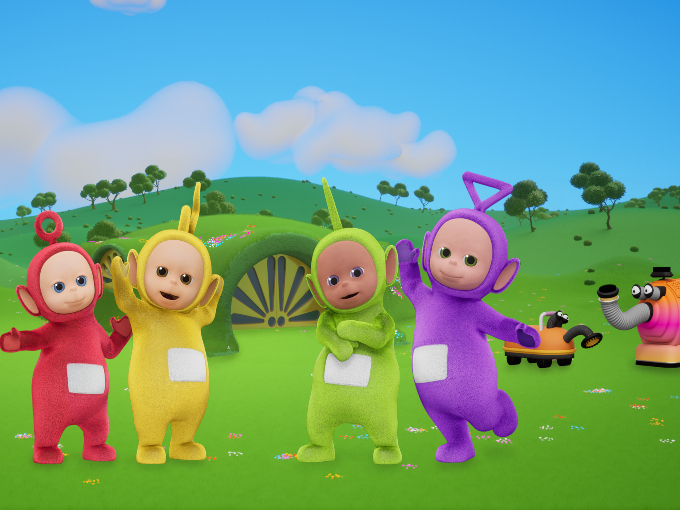 Teletubbies Lets Go! (52 x five minutes) features Tinky Winky, Dipsy, Laa-Laa and Po, along with supporting characters Tiddlytubbies, Noo Noo and Tiddly Noo. It’s separate and designed to stand alone from WildBrain’s new Teletubbies reboot, which will drop all 26 of its episodes on Netflix in mid-November. Conversely, Lets Go! will roll out weekly on YouTube for a year, starting in October.

The stories told in Let’s Go! are brand-new, and the series will introduce a group of “sun babies” that have been created specifically to better reflect the diversity of the Teletubbies audience. Narrators with American and British accents will freshen up the audio framework, along with new original songs produced by Daniel Dobbs (producer and one of several songwriters on Teletubbies album Ready, Steady, Go!). Nico Lockhart is on board as executive producer and Melissa Czaja will be the showrunner, with Matilda Tristram tapped as creative producer and Chris Parker penning scripts as lead writer.

Lets Go! is the first Teletubbies content to be produced using Vicon and Faceware motion capture technology, powered by Epic Games’ Unreal Engine. The series was created in partnership with Australian virtual production studio Fika Entertainment and Alchemy Pipeline. The tech should help WildBrain keep up with a fast turnaround in production, and also better capture the quirky shape of the Tubbies, says Nico Lockhart, who leads production at WildBrain Spark.

The Teletubbies reboot for Netflix (26 x 12 minutes) features actor Tituss Burgess (Unbreakable Kimmy Schmidt) as narrator, as well as five new babies and original “Tummy Tales” music videos designed for co-viewing. It builds on previous iterations of the brand, which has seen its social media presence grow from 600,000 to 1.2 million followers in the past year, according to Lockhart.

WildBrain plans to sync up its marketing strategy for Lets Go! with Netflix’s promotional push, Lockhart notes. “Our campaign for Teletubbies Lets Go! will take a more measured approach over a longer period, since the series will roll out on a weekly basis over the space of the next year. With new content launching and a vast library available on multiple platforms globally, we will also be weaving the developmental benefits of the Teletubbies into a brand messaging campaign into 2023 and beyond.”