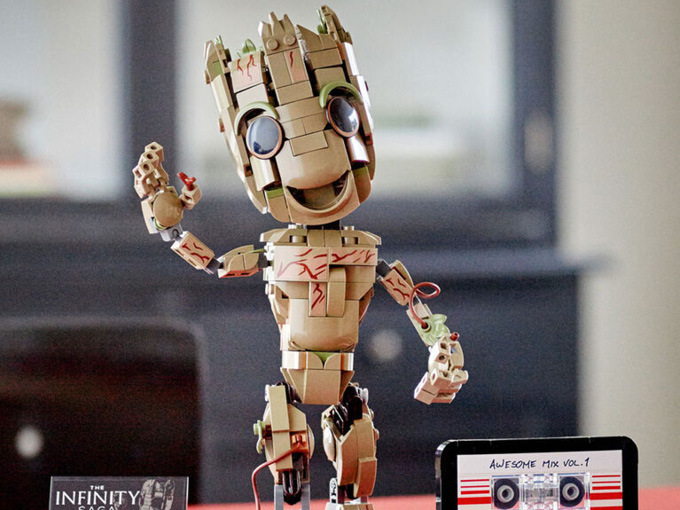 LEGO and Squishmallows rule the 2022 TOTYs

The Danish brickmaker led the field with five wins, and Jazwares nabbed two coveted awards with its popular Squishmallows brand.

LEGO and Jazwares also dominated at the 22nd edition of the TOTYs presented earlier this year. (The annual awards program was previously held in February during Toy Fair, but has now shifted to fall timing.)

For this year’s 23rd edition, LEGO’s wins were all third-party licenses, including Construction Toy of the Year for the I am Groot set (Marvel, pictured) and Playset of the Year for Super Mario Adventures with Peach Starter Course set (Nintendo).

Other notable wins included JAKKS Pacific nabbing the brand-new Ride-On Toy of the Year award with its Mario Kart 24V Ride-On Racer; World of EPI Company winning Doll of the Year for its Black Panther: Wakanda Forever Fresh Fierce Collection by The Fresh Dolls; and Just Play walking away with the Infant/Toddler Toy of the Year trophy for the CoComelon Ultimate Learning Adventure Bus.

The overall Toy of the Year and People’s Choice award winners will both be announced on November 21.

Out of 122 finalists, category winners were selected based on votes from toy retailers (mass and specialty), media, Toy Association members and consumers.

The complete list of winners of the 2022 Toy of the Year Awards are as follows:

Collectible of the Year: LEGO Minifigures The Muppets (LEGO Systems)

Construction Toy of the Year: LEGO MARVEL I am Groot (LEGO Systems)

License of the Year: Squishmallows (Jazwares)

The next TOTYs will take place September 29, 2023, kicking off Toy Fair week in New York from September 30 to October 3.