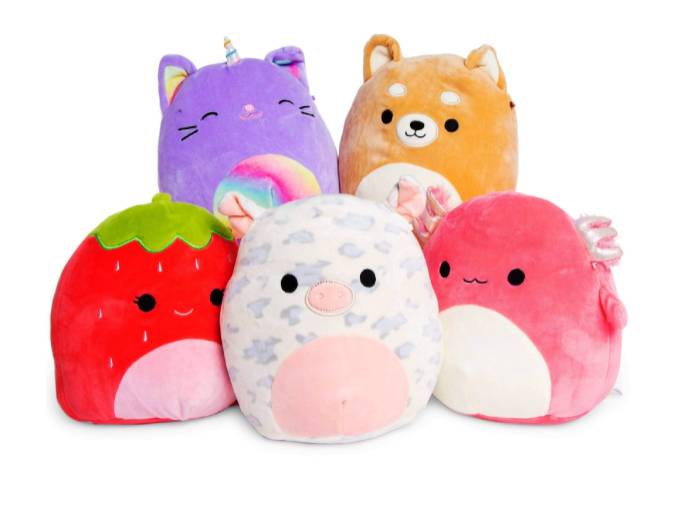 LEGO went home with the most trophies (thanks to its Disney licenses), and Jazwares racked up three wins with its popular Squishmallows plush brand.

LEGO and Jazwares took home the most hardware at the 2022 Toy of the Year Awards ceremony on February 18, picking up seven and three awards, respectively.

The brick-maker’s partnership with Disney contributed to four of its seven wins, including Construction Toy of the Year for the LEGO Marvel Spider-Man Daily Bugle set and Playset of the Year for Boba Fett’s Starship, which is manufactured under the LEGO Star Wars banner.

LEGO also won the inaugural Grown-Up Toy of the Year award with its LEGO Botanical Collection Flower Bouquet. The category was introduced to accommodate the rise in people of all ages taking on new hobbies, a byproduct of pandemic life.

Toy giant Mattel took home two awards—Action Figure of the Year for Masters of the Universe: Masterverse and Infant/Toddler Toy of the Year for Fisher-Price 4-in-1 Ultimate Learning Bot—after leading the pack with 17 nominations.

Out of 114 finalists for the Toy Association’s awards, category winners were selected based on votes from toy retailers (mass and specialty), media, Toy Association members and consumers. In related news, the Toy Association has revealed a list on its website of the top trends that are expected to drive consumer spending on toys this year.

The winners of the 2022 Toy of the Year Awards are as follows:

Action Figure of the Year: Masters of the Universe: Masterverse (Mattel)

Game of the Year: A Game of Cat and Mouth (Exploding Kittens)

License of the Year: Pokémon (The Pokémon Company International)

Specialty Toy of the Year: LEGO Everyone is Awesome (The LEGO Group)

STEAM Toy of the Year: LEGO CREATOR 3-in-1 Ferris Wheel (The LEGO Group)