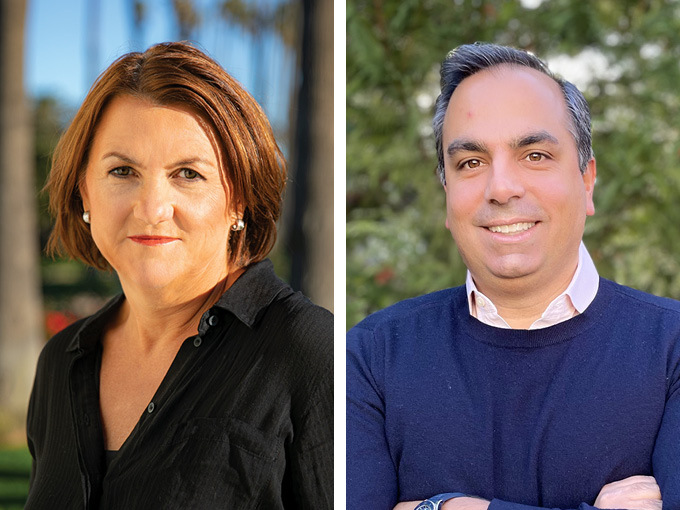 Sandy Wax and Vincent Gabriele will drive a kids content push and develop broadcast and co-pro deals out of new LA and New York offices.

London-based indie prodco Nevision has hired two Sprout execs to head up its US office and kids content push.

Former president of the NBCUniversal kids channel Sandy Wax (pictured left) and former finance VP Vincent Gabriele (pictured right) will lead Nevision’s newly launching LA and New York offices as president and COO, respectively. They will report to the company’s executive chairman James Cabourne, who is based in the UK.

The US offices operate under the new Nevision banner, which is focused on developing its kids and family, scripted and unscripted projects. Wax and Garbriele will develop broadcast partnerships and ink co-pro deals and presales in North America for the company’s slate.

Nevision’s existing kids content slate is small, but includes the Sprout-commissioned Floogals. A hybrid CG/live-action series for preschoolers that debuted in 2015, Floogals revolves around tiny aliens who have comedic adventures on earth with a human family. The prodco also co-produced WildWitch, a 95-minute feature film with Denmark’s Good Company. It premiered in 2018 on pubcasters DR (Denmark) and NRK (Norway), and is based on Lene Kaaberbøl’s book series of the same name. The film tracks a girl who discovers she belongs to a family of witches who have a strong bond with animals and nature.

This expansion in the US comes after Nevision grew its reach in the Nordics in 2020 with the launch of Nevis Productions, a prodco focused on creating new projects for the local market. It has offices in Copenhagen and Stockholm.

Wax and Gabriele previously worked at media consultancy WAXON Group, which they co-founded last year. At the consultancy, the two industry vets advised clients including Crayola and UCLA’s Center for Scholars and Storytellers.

Wax also served as president of Sprout for 11 years, where she led the kids channel’s operations, new IP creation and grew its revenue. She also previously worked in exec roles at Disney, including SVP of brand strategy and research at Disney Channels where she oversaw the direction and drove insights on its kids channels and older-skewing brands. Prior to Disney she worked as VP of research and planning at Discovery, leading a team that provided insights on product development for its kids and consumer products business.

Gabriele is a former NBCUniversal veteran who first joined the company in 2005 and worked his way from finance manager to VP of business development and strategic growth in 2019. He previously worked as VP of finance at Universal Kids for three years, with the remit of building ad sales and revenue for the channel.