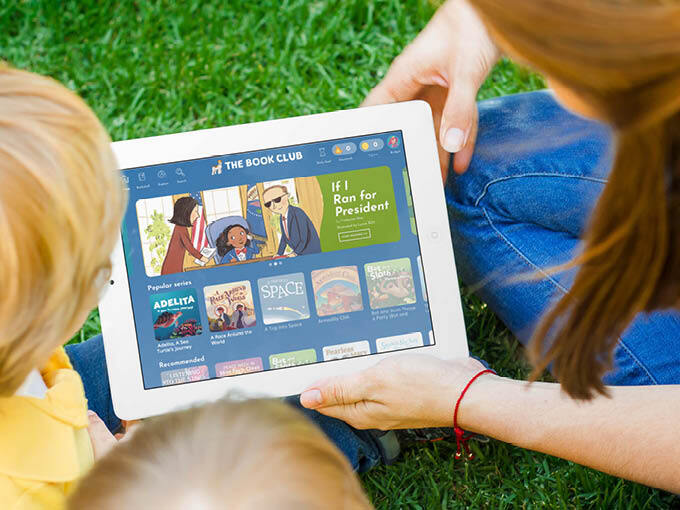 EXCLUSIVE: Data from the prodco's first kids app could help decide which books get adapted for TV, says Attila Gazdag.

Chicago-based Albert Whitman Media is getting ready to launch The Book Club, a new literacy subscription app for four- to 12-year-olds. Created in partnership with European edtech company BOOKr Kids, it’s the first app from the content division at the Albert Whitman & Company publishing house.

Released through the App Store and Google Play on November 22, the platform boasts an initial library of 300 classic and contemporary Albert Whitman & Company books and series, including titles from series such as The Boxcar Children, Zapato Powers, Great Big Feelings, The Way I Feel, A Dog’s Day and The Wish Library.

Curated by educators and language arts/curriculum experts, the collection focuses on themes that support social emotional development, as well as STEM learning and kid empowerment.

Subscriptions are available monthly for US$9.99 and yearly for US$99.99. And with a premium monthly subscription for US$19.99, customers will also receive a themed loot bag each month containing two Albert Whitman & Company books, activity sheets, collectible stickers and exclusive swag. For school use, Book Club offers a single sign-on integration with Google Classroom (making it easy for teachers to register) that includes a dashboard for tracking and assessing students’ reading habits, engagement and progress.

The new app is also intended to support Albert Whitman’s recent content push; the studio may use data from Book Club to help decide which IPs to adapt for television, says president Attila Gazdag.

Since launching in May, the company’s content division has already announced plans to turn a number of its publishing brands into TV series. These projects include a live-action series based on The Boxcar Children with Leonardo DiCaprio’s prodco Appian Way; a 2D-animated comedy-adventure series stemming from writer Gary Urey’s popular children’s series Super Schnoz, in partnership with Baboon Animation; a 2D-animated adaptation of the Zapato Power books penned by author Jacqueline Jules, with WarnerMedia’s Rooster Teeth; and planned content to tie into an as-yet-unpublished Wish Library range from author Christine Evans.

How Book Club stacks up against larger digital reading platforms like recent BYJU’s acquisition Epic—which boasts more than 40,000 digital books, audio books and videos in its library—remains to be seen, but Gazdag says he isn’t concerned.

“There are some fantastic reading apps, but we are a curated collection of a few hundred high-quality books,” he explains. “[Our] strategy is to not compete with [the likes] of Epic.”

The production quality of Book Club‘s digital titles, coupled with the longstanding popularity of Albert Whitman’s 1,000-plus bestselling books, should help the app stand out and compete in the marketplace, says Gazdag.

He adds that the introduction of a physical/digital bundle for a slightly higher monthly subscription fee is also a differentiating factor that should bolster sales.

“Nobody else is really doing [bundling] because when you look at the companies that are operating reading apps, they’re not publishing companies,” says Gazdag. “They don’t typically own their IPs like we do. Some have invested in original books, but generally speaking, most of their content is licensed.”

Even with its unique advantages as an IP owner, Gazdag says Albert Whitman Media is already in talks with several companies to license third-party titles for Book Club as part of strategic partnerships for the app.