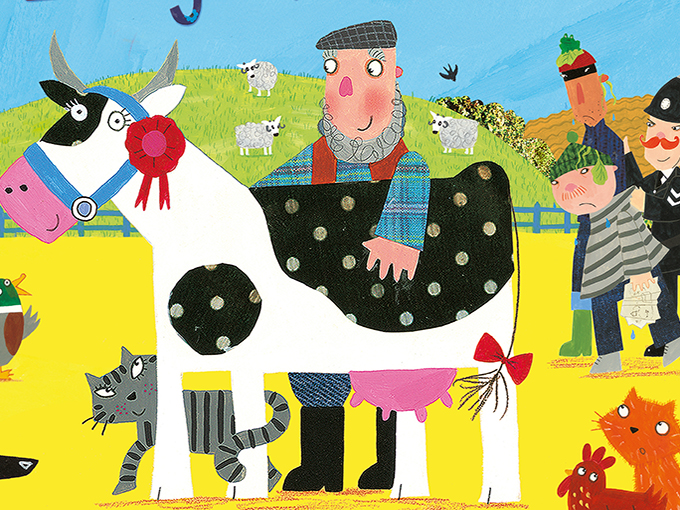 Tiger Aspect brings What the Ladybird Heard to TV

Banijay’s Tiger Aspect Kids & Family has inked a deal to develop an animated preschool show based on What the Ladybird Heard (pictured), a bestselling picture book series by The Gruffalo author Julia Donaldson and illustrator Lydia Monks.

What the Ladybird Heard centers around a non-verbal bug who manages to stop a pair of thieves from carrying out an endless series of farmyard heists—such as stealing a prized cow. Spanning four books, the kidlit brand has sold more than four million copies in 24 languages since its first title was published by Macmillan Children’s Books in 2009. And it was also adapted as a live stage show that toured in the UK a few years ago.

Tiger Aspect executive producer and managing director Tom Beattie is overseeing development on the 52 x 11-minute TV series, but its animation style and delivery date have not been finalized yet. Sister company Zodiak Kids & Family will handle worldwide distribution, and plans to start seeking broadcast partners in 2022.

Donaldson’s work has made the jump from page to screen a number of times already. Magic Light Pictures produced a 30-minute animated Christmas special based on her book Zog that has sold to broadcasters including ABC (Australia), DR (Denmark), NHK (Japan), RTE (Ireland) and FTV (France). The London-based studio also adapted The Gruffalo for TV, which has spawned an expansive consumer products business.