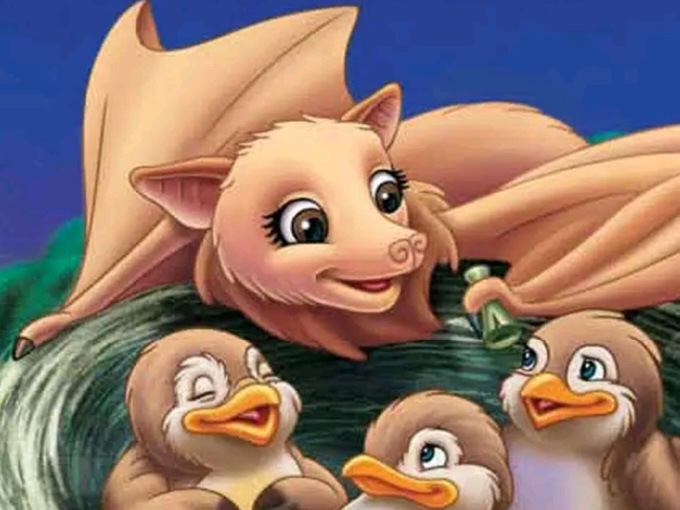 EXCLUSIVE: The distributor has acquired vintage book adaptations such as Animorphs and Stellaluna for its kids OTT app.

A total of 233 episodes from The Baby-Sitters Club, Animorphs, Stellaluna (pictured), I Spy, Astroblast, Maya Y Miguel, the animated version of Horrible Histories, Dear America and Dear America: Royal Diaries will soon be available on the FilmRise kids channel, which is offered on AVOD platforms including Roku, Vizio and YouTube. Launch date information was not available at press time.

Among the acquisitions is 2004′s Stellaluna, a 40-minute film that stars a baby bat struggling to find her family. The streamer/distributor also picked up The Baby-Sitters Club, based on the best-selling Scholastic books by Ann Martin. This 26 x 25-minute series for eight- to 12-year-olds originally aired on HBO Max in 1990. Similarly targeting the eight-to-12 set is Animorphs (26 x 25 minutes), which follows five preteens who can transform into any animal they touch in order to fight an alien invasion. Protocol Entertainment produced this book adaptation in 1998, and it aired on YTV/Global in Canada and Nickelodeon in the US.

Since getting into kids distribution last year, FilmRise has been actively expanding its catalogue. It recently signed a partnership with Nelvana to sell the Canadian prodco’s content in the US and Europe, as well as adding content from kid-friendly YouTubers through a deal with talent agency Night Media.