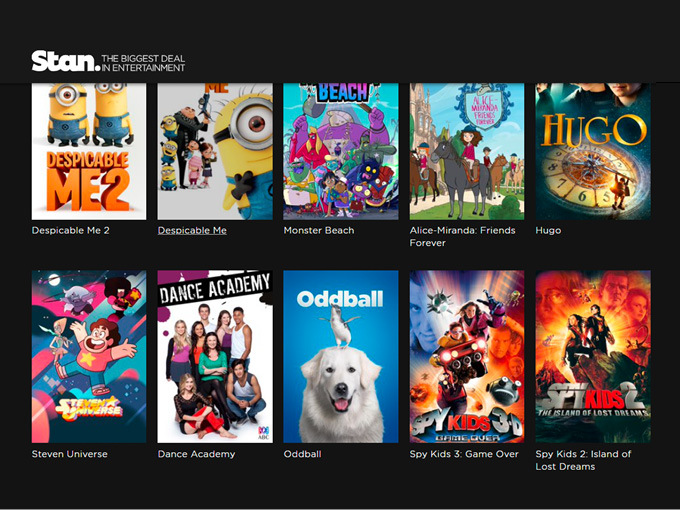 The Australian Children’s Television Foundation has teamed up with Nine-owned Aussie streaming service Stan on a new original kids and family film initiative.

Applications are now open for original live-action feature ideas that are at least 80 minutes in length. The projects have to have a G or PG rating, and should be aimed at either children aged six to 12 and their families, or tweens and teens up to 15 years old. Budgets of the accepted projects should be in the range of US$3 million to US$3.3 million (AUD$4 million to AUD$ 4.5 million).

ACTF and Stan want highly marketable concepts that align with Stan’s premium first-run licensed international exclusives, according to the call-out.

Coming-of-age and imaginative stories with a sprinkle of fantasy are encouraged, as well as comedies. Concepts about difficult topics —such as death or illness—will also be considered as long as they are treated in age-appropriate ways. In addition, all key creative and production elements should be Australian, including environments and accents. Projects will also be assessed on how the content and creative team (confirmed or planned) promotes gender equality, diversity and inclusiveness.

Successful applicants will enter into an investment and distribution deal with ACTF and a separate commissioning and licensing agreement with Stan. There were no details about how many projects the initiative would fund, at press time.

Eligible individual writers, producers and creators, as well as companies, have until September 13 to submit. More information on guidelines, eligibility and how to apply can be found on the ACTF’s website.

The initiative comes after the ACTF received a US$14-million commitment in 2020 and a US$9.2-million investment in May this year from the Australian government. The backing came after the government’s elimination of kids content quotas for domestic broadcasters in 2020.