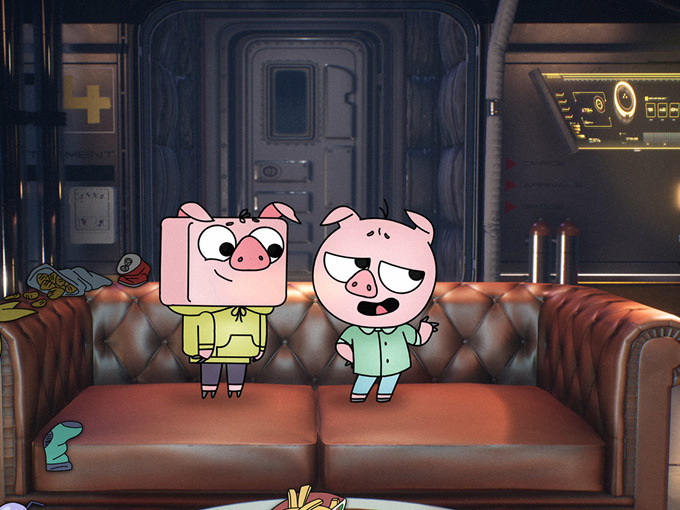 Adaptations and shows for six to 11s lead the field at the annual pitch fest, which is planning for a live showcase in the fall.

This year Cartoon Forum will feature nearly 90 projects from 21 countries, including France, Ireland, Germany and Portugal.

Of the 140 projects submitted to the annual European pitching and co-pro event, 84—representing 457 hours of content with a total budget of US$387 million (€326.1 million)—were shortlisted. They will be showcased at the 32nd annual Cartoon Forum, taking place in Toulouse, France from September 20 to 23.

Adaptations continue to be popular, with nearly 20 projects based on comics or books. These include Blue Wolfie from France’s Label Anim and Freddy Buttons Wacky Mysteries from Treehouse Republic in Ireland.

France leads the pack with 33 projects headed to the festival, followed by Ireland with 11, Germany with eight, Spain with six, and Belgium with five. Portugal, Czech Republic and Denmark are sending four each, with three coming from both Italy and Poland. Nearly 40% of the projects are co-productions between two or more European countries, and Canada is the only non-European country to participate as a co-producer.

There are no UK-led projects this year due to the government’s decision in 2020 to cancel its participation in Creative Europe MEDIA following Brexit. UK companies are allowed to attend the event as viewing participants, buyers or co-pro partners on projects. Just one prodco from the region—Lupus Films—is participating as a co-producer this year.

If all goes according to plan, Cartoon Forum will welcome attendees in person, making  it one of the first international European festivals to return to a live event format. The Annecy Animation Festival, which wrapped last week, has reported that 4,000 on-site attendees were present at its hybrid event.