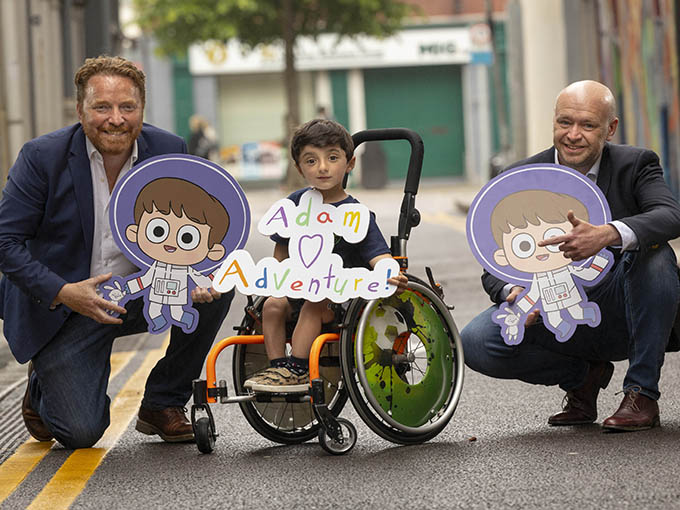 Kavaleer pairs up with Adam King for new show

Aiming to be Ireland's first kids show to feature a protagonist who uses a wheelchair, Adam <3 Adventure is in development.

Inspired by and starring King, the 52 x 11-minute 2D-animated toon will follow the eponymous hero and his space crew on missions to help aliens around the galaxy solve problems. Development started in April, and the project will be pitched at Cartoon Forum this September.

Dr. Norah Patten, a citizen scientist astronaut trainee and global faculty member of the International Space University, is on board as the show’s chief space advisor.

If greenlit, Adam <3 Adventure! will be Ireland’s first kids TV show to feature a protagonist who uses a wheelchair. Roughly 150 million children worldwide are living with additional needs, and one in seven people in Ireland identify this way—and yet only 2% of characters on TV are depicted as such, according to Kavaleer. Adam <3 Adventure! is hoping to help fill that gap.

In other Kavaleer news, the studio recently locked in a number of deals for its online safety series Alva’s World, which has been commissionned by RTÉjr (Ireland) and Sky Kids (UK), with WildBrain handling distribution.