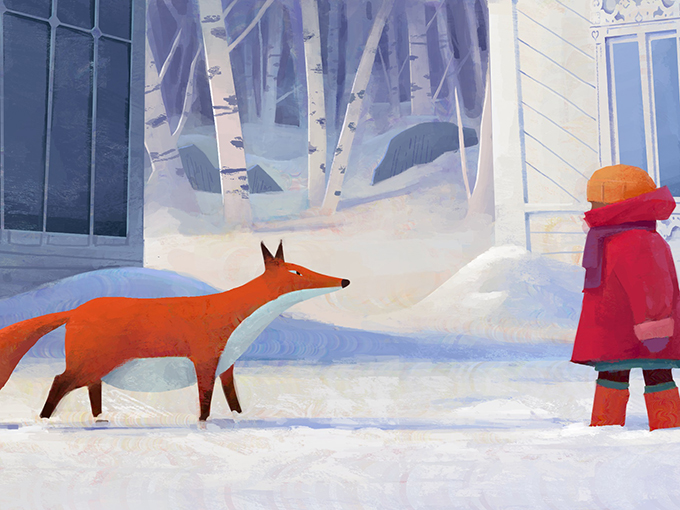 The French prodco has acquired TV, film and licensing rights to three winter-themed kids books that it plans to turn into festive specials.

There may still be 330 days until Christmas, but Paris-based TeamTO is already getting into the holiday spirit. The prodco has acquired the TV, film and licensing rights to three winter-themed children’s books—Snowman by Jacques Duquennoy, Fox’s Garden by Camille Garoche, and Something’s Fishy by Jean Gouronas—and plans to turn all of them into stand-alone animated specials.

All three will be ready for at-home viewing or theatrical screenings by the 2022/2023 holiday season, according to a release.

The Winter I Met Fox (pictured) will be a 20-minute special directed by Emma Carré about a fox finding refuge from a cold night in a greenhouse. Snowy and the Snowman, also 20 minutes and directed by Sif Perlt Savery, will center around a young girl living in Snowland with her elf parents as she learns how to play hockey and fly.

And Penguin’s Ice Time is being planned as a three x five-minute series about an ice-fishing penguin trying to figure out why he isn’t catching any fish. Lois Espuche is attached to direct.

These book deals come on the heels of a similar agreement TeamTO signed in October to turn the graphic novel series Ninn into a limited-run show for kids ages seven and up.