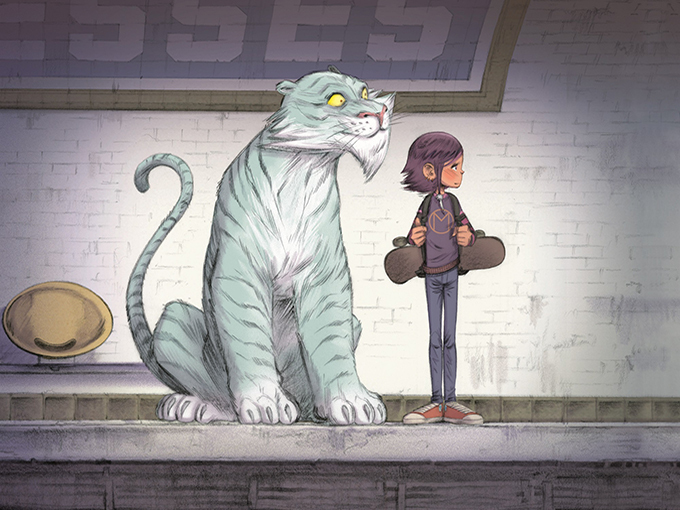 The studio hopes Ninn's darker tone and a limited episode count will help the new series stand out from other content geared at kids.

For its first stab at a limited-run series for an audience of kids seven-and-up, Parisian studio TeamTO (Mighty Mike) has acquired the TV, film and licensing rights to the Ninn series of graphic novels (pictured).

The new series revolves around an 11-year old girl with a passion for Paris’ underground tunnels, exploring them  to solve the mystery of her identity. TeamTO is adapting the graphic novels because the story has a darker and more dramatic tone than many kids animated series, which will help the IP stand out, according to the studio.

The graphic novels are written by Jean-Michel Darlot and illustrated by Johan Pilet. Published by Belgian publisher Kennes Éditions, the novels spans four books, which have been distributed in France, Belgium and Canada, and have sold more than 100,000 copies in France. A fifth and sixth graphic novel are in production.

It’s early days for the adaptation, but there are plans to make six episodes (or fewer), according to a TeamTO spokesperson.

The company is also working on another adaption, Presto! School of Magic, which was originally set to be a feature film by Studio Canal. Recently, Federation Kids & Family partnered with TeamTO on the show as its distributor for all rights, outside of China.