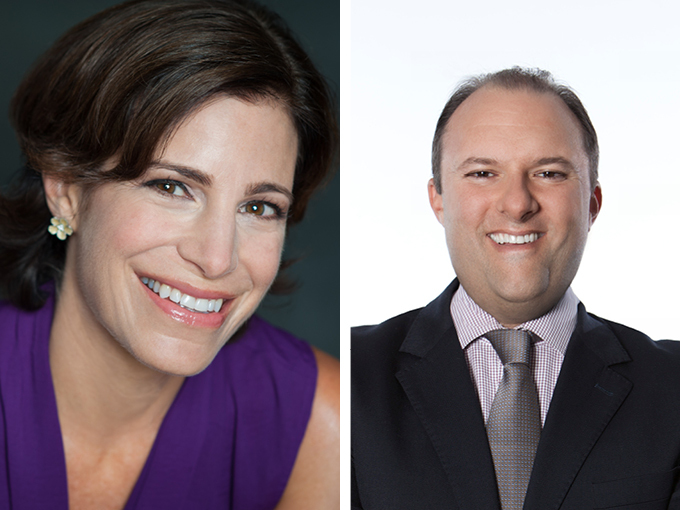 Claudia Scott-Hansen and Rob Bencal will work with clients on new IPs, including Farm on Mars from IoM Media and Keith Chapman, through their new consultancy.

Children’s media vets Claudia Scott-Hansen (pictured, left) and Rob Bencal (pictured, right) want to be kids content creators’ recipe for success. The former Henson and Mattel alums, respectively, are teaming up to launch Cookbook Media, a kids and family entertainment consulting agency that provides studios with expertise on everything from brand development to content distribution.

Officially launched last week, it’s already picked up Canadian prodco Island of Misfits Media Ventures as a client, and will work with the studio to develop all of its properties, including Keith Chapman-created 52 x 11-minute preschool series Farm on Mars (formerly Farmer Mars).

It’s also signed a deal with T&B Media Global to consult on IP development and international partnerships for the Thailand prodco’s slate of animated and live-action feature films and series.

Cookbook has also signed partnerships with two indie creators to develop the IP and market distribution strategies of their properties, but the agency declined to say more on these deals at press time.

“From independent creators to studios, there’s a major demand in the industry for content strategy and insights on all sides of the business,” says Scott-Hansen.  “In the short term, we plan to get the properties we’re working on ready to bring to market. Looking long term, the goal is to expand, bring in collaborators and gain a greater range of kids and family properties.”

Launching amid the COVID-19 pandemic has been a bit of a challenge for the duo. It’s been tricky balancing the work of launching a business while taking care of their families, while also shifting to a wholly virtual meeting environment, says Scott-Hansen.

Despite those obstacles, the duo is ready to leverage their experience building franchises to new properties.

Prior to launching the agency, Scott-Hansen served as the SVP of global distribution at The Jim Henson Company where she oversaw sales of Henson’s properties to all platforms worldwide, including animated series Splash and Bubbles, Doozers and Sid the Science Kid. While at the prodco, she relaunched the producer’s third-party distribution banner Henson Independent Properties. She left the prodco earlier this year. Before that she held roles as the VP of business development at 9 Story Media Group, and the SVP of broadcast for the Americas at Mattel-owned HIT Entertainment (Thomas & Friends, Barney). She also held various roles at BBC Worldwide, including senior director of syndication, head of licensing for EMEA, and head of formats EMEA.

Bencal meanwhile, is the co-founder and more recently served as president of kids SVOD Adventure2Learning, which creates and acquires educational content for preschoolers up to eight years old. Before that he worked as the VP of business development for the branded content and entertainment division at Tongal, where he built relationships with studios and IP owners to grow the company, and spent more than a decade at Mattel in various senior management roles, including as the senior director of corporate development for media and entertainment, and director of content strategy and distribution for the Americas.

As the consultancy grows, it’s looking to expand its slate with both live-action and animated properties for kids and families, including projects that skew to tweens and teens, says Bencal.

“We have experience bringing properties to the screen and an understanding of what works in the industry,” says Bencal. “We know where the opportunity gaps are for properties.”