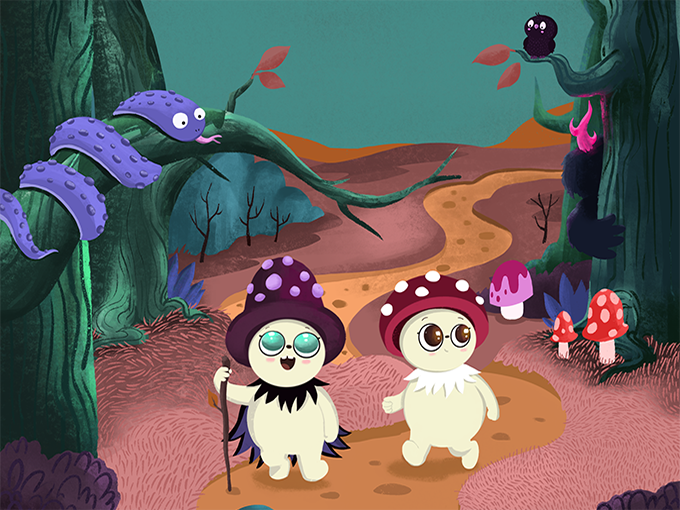 Why Tulipop is crowdfunding its first book

Icelandic lifestyle brand Tulipop is expanding into publishing, and in order to connect directly with its audience, it’s crowdfunding the launch of its first book. Tulipop started a Kickstarter campaign to raise US$10,000 toward the printing of Tulipop Tales: The Forgotten Forest (pictured), the first title in its new Tulipop Tales series.

Publishing and crowdfunding are new areas for the brand, which has primarily focused on signing consumer product deals and building up its digital content. Originally launched in 2010, Tulipop expanded its CP presence again in 2017 through a partnership with US retailer Hot Topic and has since made some moves to evolve beyond CP. In 2018, WildBrain Spark (formerly WildBrain) produced 10 YouTube episodes based on the brand. Later that year, Banijay Group’s Zodiak Kids signed a deal with Tulipop on a co-development and co-production deal for an animated series based on the brand’s characters and landscapes.

Tulipop opted to go the crowdfunding route for its first publishing efforts to help alleviate the financial cost and help distribute the new book, says CEO Helga Árnadóttir (backers who donate $50 will receive a copy of the book). But beyond the transactional nature of the platform, the team also recognized an opportunity to deepen engagement with its audience.

“People have been asking us for many years if and when we’ll have a book in English about the Tulipop characters,” says Árnadóttir. “We’ve been trying to create as many ways as possible for people to connect with Tulipop and we realized that this is an ideal way to create a community and let fans feel like they’re co-producers of the brand.”

Written and illustrated by the brand’s co-creator Signý Kolbeinsdóttir, the forthcoming book is an origin story about how anthropomorphic mushroom siblings Bubble and Gloomy meet friendly forest monster Fred. Tulipop’s Iceland-inspired look, and the fact it draws from Iceland’s fairy tales give it a unique aesthetic that translates well to a picture book, says Árnadóttir. If the first book is successful, Árnadóttir thinks Tulipop could eventually partner with other publishers to continue the series.

To take advantage of the Icelandic tradition of gifting books during the holiday season, Tulipop plans to release it the first week of December, says Árnadóttir. Available in English and Icelandic, the title will be available in the brand’s flagship brick-and-mortar store in Reykjavik, online on Tulipop’s website, and on Amazon in the US and the UK, she adds.