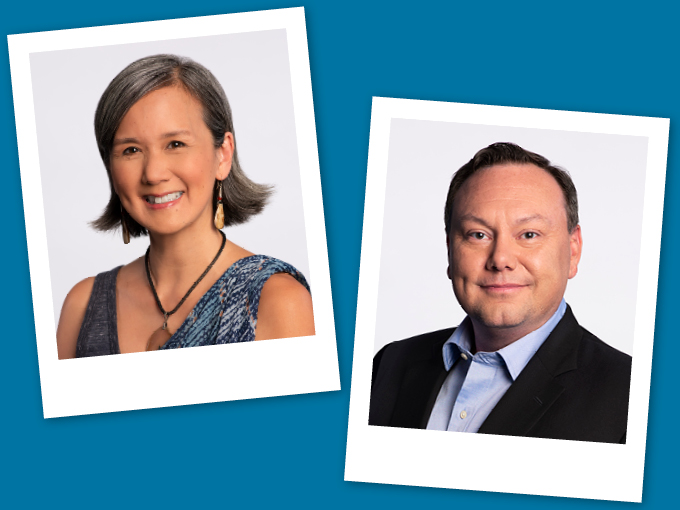 For her part, Yen will be responsible for the production of all original, long-form movies, including features for TV, theaters and SVOD services. Gamarra, meanwhile, will head up the development of animated and live-action features for TV, theatrical and SVOD platforms. Projects in development are yet to be announced. Both will be based at Nick’s Burbank studio and report to EVP of animation, Ramsey Naito.

Yen was most recently senior manager of animation production at Netflix where she oversaw the SVOD’s pipeline of 16 features, including Klaus, Over the Moon and Wendell and Wild. She previously worked at Disney and DreamWorks Animation in various production and studio roles. Her credits include Aladdin, Pocahontas, How to Train Your Dragon, Shrek 4 and unreleased DreamWorks movies Me and My Shadow, Bureau of Otherworldly Operations and Everest.

As The Gotham Group’s former literary manager, Gamarra focused on kids and family content and worked with New York Times bestselling authors and illustrators, as well as Oscar and Emmy-award winners and nominees. He was previously an executive producer on Fox’s The Maze Runner movie trilogy and Henry Selick’s stop-motion Netflix feature, Wendell and Wild.

A representative from Nick told Kidscreen it’s too early to determine what non-linear platforms have been earmarked for new titles, or if Nick’s previously announced Netflix original animated features based on Rise of the Teenage Mutant Ninja Turtles and The Loud House will fall under Yen and Gamarra’s remits. New features could potentially head to Viacom’s free streaming service Pluto TV, Netflix or CBS’ digital subscription video-on-demand and live-streaming service, CBS All Access, now that Viacom has merged with the American media company.

On the TV side, Universal Brand Development and the LEGO Group’s previously announced animated mini-series LEGO Jurassic World: Legend of Isla Nublar, will make its US Nickelodeon debut on September 14. The 13-episode CG-animated series takes place before the events of 2015′s Jurassic World film. In the lead-up to the launch, Nick will debut a new animated prequel series, LEGO Jurassic World: The Secret Exhibit Part 1 and Part 2. It will hit the Nick App and Nick’s VOD platforms on August 25. The prequel follows the companies’ two-part, same-name animated special, which aired on NBC last November.

In other Nick deals, the kidsnet has picked up eOne’s latest preschool series Ricky Zoom and will premiere it on September 9 in the US. Other broadcasters that have snapped up the series include Super RTL (Germany), Clan TV (Spain), Gulli (France), RAI (Italy), Youku (China) and Discovery Kids (Latin America).