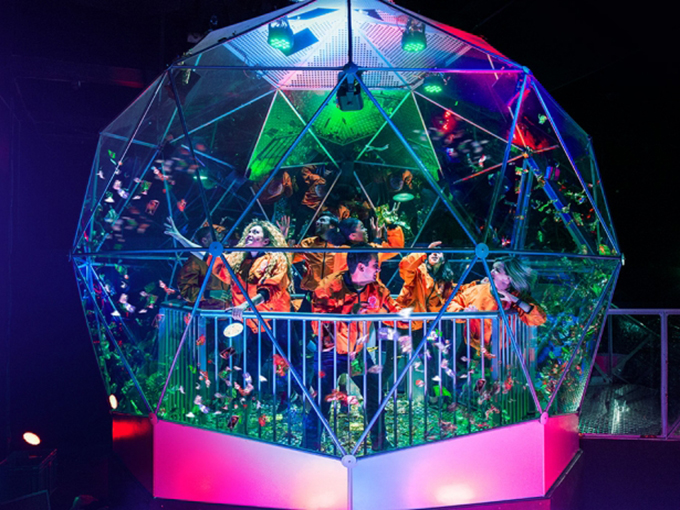 Bunim/Murrary Productions is beginning work on a new US version of the game show, while PAW Patrol, Bubble Guppies, Butterbean's Café and Abby Hatcher are all coming back for more.

Nickelodeon has greenlit an all-new US version of UK game show Crystal Maze. Co-produced by Bunim/Murray Productions and RDF Television under the Banijay Group, production is beginning this summer in Bristol, UK.

Casting is underway for the new 10 x 60-minute series, but the host and premiere date will be announced later on. It is targeted at a co-viewing audience, rather than just adults like the original UK iteration. Nick’s version of the show will feature a team of family members tackling challenges in different zones, which are collectively known as The Crystal Maze. Every time a contestant wins a game they will earn a “time crystal” that gives them five extra seconds for the Crystal Dome (pictured), where they work against the clock to collect their prize.

This is Bunim/Murray Productions first series from its new kids and family division, which launched in late 2017. At the time, the prodco announced it was working on a youth prank series called Gotcha, which has yet to be picked up by a broadcaster. The California media company also dipped its toe into the kid space by partnering with popular YouTuber GloZell on online preschool channel GloBugz.

The kidcaster isn’t just filling out its slate with new programming, Nickelodeon also announced today that is has renewed four of its popular preschool programs. Spin Master programs PAW Patrol and Abby Hatcher are coming back for a seventh (26 x half-hour) and second (26 x half-hour) season, respectively. Bubble Guppies has been renewed for a fifth season (26 x half-hour), and Butterbean’s Café (20 x half-hour) for a second. Both series were created by Jonny Belt and Robert Scull from Irish prodco Brown Bag Films.

No premiere dates were provided for the new seasons.

Ryan’s Mystery Playdate premiered on Nickelodeon in April. The 20 x half-hour series stars the YouTuber Ryan ToysReview (19 million subscribers) and his family alongside a cast of animated characters. Pocket.watch’s licensing program for the show comes after the success of its other brand inspired by the social media star, Ryan’s World. The Ryan’s World brand launched in August 2018 and has since grown to feature more than 40 licensing partners, including Just Play, Jada Toys, Kids Preferred, American Greetings and Zak Designs.