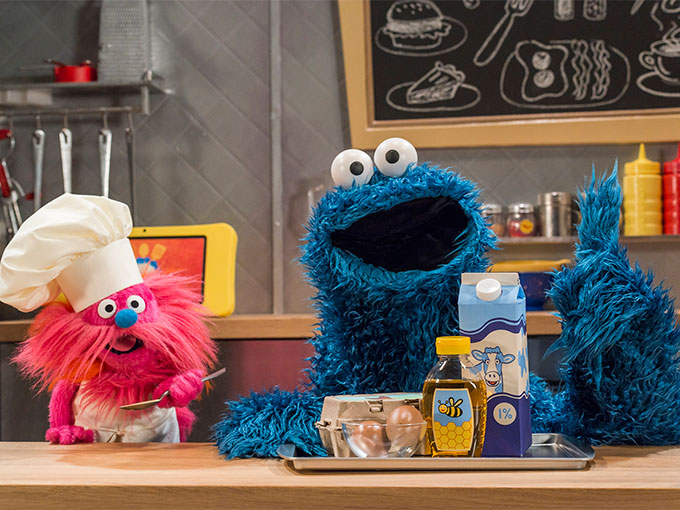 The five-minute series follows Cookie Monster and sous chef Gonger as they make kids’ favorite recipes and head directly to the source for ingredients—taking them to cocoa plantations, pasta factories and avocado farms. The show originated as a segment on Sesame Street.

London-based Bulldog Licensing will handle licensing opportunities for the series in the UK and Ireland. Sesame Workshop appointed Bulldog as its licensing agent for the regions in July.

The deal with Tiny Pop comes on the heels of another big announcement from the Workshop this week. Sesame is partnering with Warner Music Group’s Arts Music division to re-launch Sesame Street Records in the US and Canada. A catalogue of recordings is now available across digital streaming and download platforms with additional titles launching on CD and vinyl.