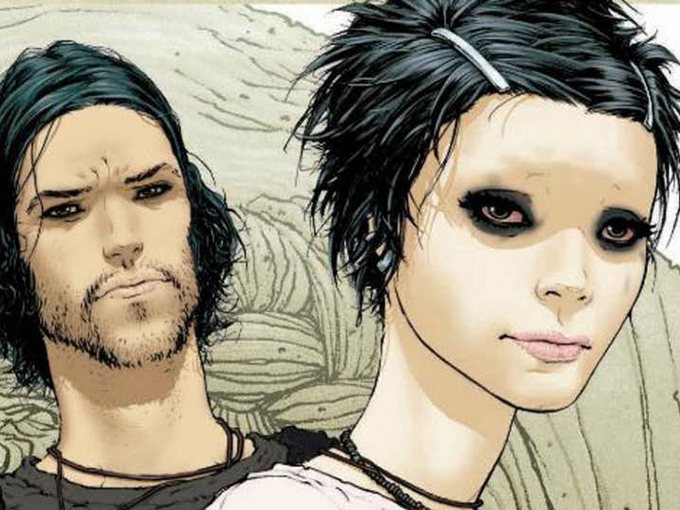 In its drive for more all-ages superhero content, the streaming giant has revealed its first projects based on stories from comic book icon Mark Millar.

Following its acquisition of comic book publisher Millarworld last year, Netflix has announced a first slate of live-action series and films based on stories from Millarworld founder Mark Millar and his wife Lucy.

First up are two original series entitled Jupiter’s Legacy (comic book version pictured) and American Jesus. The former stars the world’s first generation of superheroes, who gained their abilities in the ’30s. Set in the present day, the series examines how the group’s superpowered kids struggle to live up to the feats of their parents. Daredevil producer Steven DeKnight will showrun and executive produce alongside Lorenzo di Bonaventura and Dan McDermott. DeKnight is also set to direct the first episode.

American Jesus, meanwhile is a Spanish- and English-language series that tells the story of a 12-year-old boy who may or may not be the second coming of Jesus. Everardo Gout (Marvel’s Luke Cage, Aqui En La Tierra) and Leopoldo Gout (Molly’s Game) are the project’s co-showrunners and executive producers.

As for the partnership’s first three film adaptations, sc-fi concept Empress is about the journey of a queen who escapes the clutches of her dictator husband and his army with her children by teleporting across the galaxy. Writer Lindsey Beer, whose credits include Netflix’s upcoming teen comedy film Sierra Burgess is a Loser and DreamWorks Animation’s Wizards of Once, is adapting the project with Joe Roth and Jeff Kirschenbaum (The Voyage of Doctor Dolittle, Maleficent) on board to produce.

Huck, meanwhile, follows a small-town hero who uses his special gifts to accomplish a good deed every day, but his life changes dramatically when his secret powers are revealed to the local media. Ted Melfi (Hidden Figures, St. Vincent) will adapt the comic book into a feature with Neal Moritz and Toby Jaffe serving as producers.

Rounding out the initial slate is Sharkey the Bounty Hunter, a sci-fi feature centering on the galaxy-hopping adventures of a blue-collar bounty hunter and his 10-year-old partner. Before the book is adapted into a film by Scott Pilgrim vs. the World‘s Michael Bacall, Sharkey will be adapted and published as a Millarworld/Netflix comic book next year.

The project comes on the heels of Millarworld’s inaugural comic book IP produced under Netflix ownership—The Magic Order—which launched earlier this spring as a six-issue print and digital series.