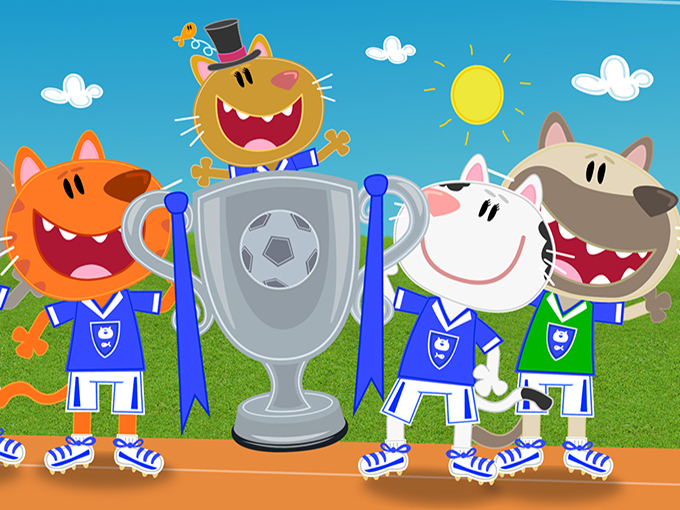 The live-action/animated series has been licensed as a format by ITI Neovision in Poland and was picked up by BBC Worldwide for CBeebies in Australia.

Australia-based Beyond Distribution has inked a number of broadcast agreements for the preschool series Footy Pups.

Two seasons of the 60 x 15-minute live-action/animated series have been licensed as a format by ITI Neovision in Poland. The series will air under the title Psiaki Futbolaki & MiniMistrzowie on the kids channel MiniMini+ later this year.

Produced by Dot to Dot Productions for CBeebies in the UK, Footy Pups is hosted by Olympic football (soccer) champion Rachel Yankey. Yankey, along with a team of animated dogs called the Footy Pups, teaches a different skill to a group of children each episode.