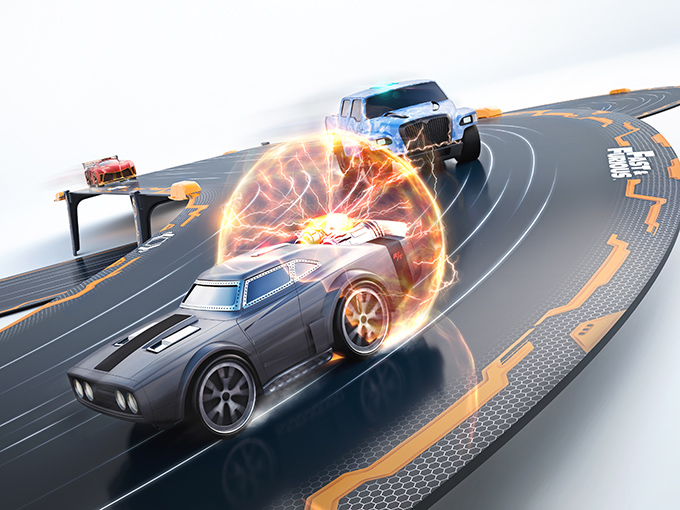 The Universal franchise is teaming up with Anki for a licensed version of its hit AI-powered game Anki OVERDRIVE.

Universal Brand Development and Anki, a robotics and artificial intelligence company, are creating a new Fast & Furious game. Anki OVERDRIVE: Fast & Furious Edition is launching in September, following the news that the most recent movie installment is about to hit US$1 billion at the box office.

The robotic battle-racing game combines physical interaction with AI and will be available for pre-order starting May 16 for US$169.99. It will hit shelves in the US, Canada, UK, Germany and Nordic countries this fall.

Anki games use mobile devices to control robotic supercars, employing artificial intelligence and player strategy. Players can build whatever track they want and the game will respond and work within it, creating the game around it. Players can battle using AI or their friends.

The new game features cars and characters from the film franchise, including Dom’s Ice Charger and Hobbs’ MXT. All of the cars have weapons, upgrades, sound effects and controls that allow it to be highly customizable.

The game’s first iteration, Anki OVERDRIVE, was named one of the hottest toys of the year in 2015 by Toys “R” Us and Amazon.