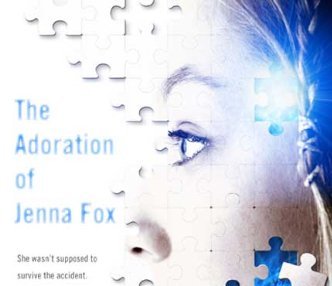 Dolphin Films brings YA bestseller to the silver screen

Dolphin Films has optioned the rights to YA book The Adoration of Jenna Fox, marking the second theatrical collaboration for Max Steel producers Bill O'Dowd and Julia Pistor.

Dolphin Films has optioned the rights to the Mary E. Pearson’s dystopian young adult book, The Adoration of Jenna Fox. The production company has also snapped up the rights to the screenplay adaptation, which was inked by screenwriter Garry Williams (Larger Than Life), as well as to the other two novels in the Fox Chronicles trilogy, Fox Inheritance and Fox Forever.

Dolphin CEO Bill O’Dowd, the man behind such series as Zoey 101 and Ned’s Declassified School Survival Guide, will produce alongside Mattel’s Julia Pistor (Lemony Snicket’s A Series of Unfortunate Events and the upcoming Masters of the Universe). The Adoration of Jenna Fox marks the second film collaboration for O’Dowd and Pistor, as the duo collaborated on the upcoming Max Steel, based upon the Mattel action figure, which is slated for release next year.

The book, which takes place in near-future America, follows seventeen-year-old Jenna Fox, who has just awoken from a year-long coma caused by a terrible accident, and she doesn’t remember anything. Through Jenna’s search for answers, she will discover a shocking secret about herself and her past that she never thought possible. It’s the latest concept to feed kids’ growing appetites for dystopian fiction, led, of course, by The Hunger Games trilogy.

The film is slated for a US theatrical release in 2017.