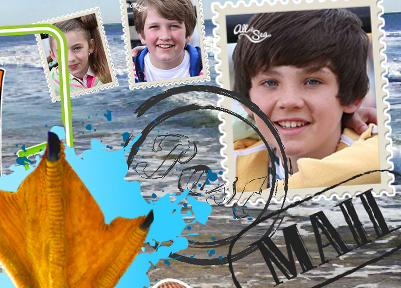 In line with its reputation for offering quality UK-made dramas for kids, CBBC will air new commission Millie Inbetween, season two of comedy-drama All at Sea and series three of popular fantasy drama Wolfblood this September.

In line with its reputation for offering quality UK-made dramas for kids, CBBC has announced that its September programming lineup will include new commission Millie Inbetween, season two of comedy-drama All at Sea and series three of popular fantasy drama Wolfblood.

Millie Inbetween, which was commissioned in March as The Millie Show, is a family sitcom co-produced by The Foundation that features 12-year-old Scottish starlet Millie Innes from CBBC’s Dani’s House.

The series puts a positive spin on living in a broken home while following the ups and downs of Millie and her sister as they alternate between their mum’s home and their dad’s flat.

Millie Inbetween is filmed in Dumbarton and executive produced by The Foundation’s Elaine Sperber and CBBC’s Melissa Hardinge.

Season two of 13 x half-hour seaside drama All At Sea will also air in September and continue the mischievous adventures of 11-year-old Charlie whose family has moved from London to manage a seaside bed and breakfast in Scarborough.

The series will be supported by a number of online-exclusive episodes, a downloadable app and additional products (magazines, posters, prints) from new licensees recently brought on by Bulldog Licensing.