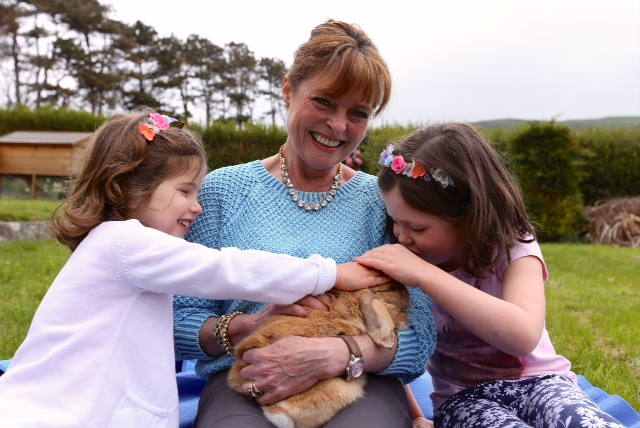 Disney Junior is launching a new TV series called Furry Friends, which is set to air in the UK this summer. The new show was inspired by Disney Princess Palace Pets, a popular extension of the Disney Princess franchise.

Disney Junior is launching a new TV series in the UK called Furry Friends. Inspired by the Disney Princess Palace Pets product line, the show focuses on how kids care for their animals.

The short-form live-action series airs this summer. It targets children ages four to seven, and it will be produced in-house by Disney.

The series features UK pop star Sophie Ellis-Bextor and her mother, Janet Ellis, who for many years was a presenter on the BBC’s kids TV shows Blue Peter and Jigsaw.

Set to travel around the UK, the series’ fly-on-the-wall format shows kids the routines involved in caring for a range of furry friends, including guide dogs, playful kittens, rabbits, chickens and tortoises.

The idea for the show came from Disney’s Palace Pets,  a popular extension of the Disney Princess franchise. The products are based on the love of animals that the princesses display in their classic stories and movies. Palace Pets products include a popular mobile app and a plush line that launched in 2013.

The app, in particular, was a major hit for Disney, reaching more than one million downloads within its first two months on the market. It also became one of the  top-grossing kids apps in 2013. With the launch of Furry Friends, Disney is expanding its Palace Pets concept from toys and tablets to TV screens across the UK.

In addition to the new show, Disney recently announced new features for its WATCH services, including access to Radio Disney and games on Android and Kindle Fire devices, as well as the launch of Disney Junior in Spanish.