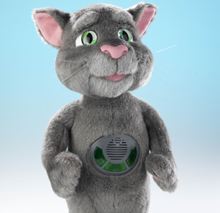 In addition, new sound content updates will be available on the line’s official website. To date, Outfit7′s apps have been downloaded more than 600 million times worldwide and the company has grown the Talking Friends brand across platforms with the new Talking Friends web series that debuted in June.