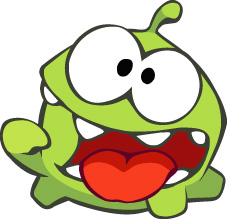 Sony Pictures Television and indie game developer Zeptolab have partnered to create a live-action TV game show based on the top-selling app IP Cut the Rope.

Sony Pictures Television and indie game developer Zeptolab have partnered to create a live-action TV game show based on the top-selling app IP Cut the Rope.

In other Cut the Rope news, Zeptolab recently joined forces with QSR giant Burger King on a North American kids promotion (BK Crown) beginning March 2013 that will offer exclusive premium toys and a new digital game based on the lovable Om Nom character .

The latest extension of the brand also follows on the heels of Zeptolab announcing that Cut the Rope will make its US big-screen debut as part of National CineMedia (NCM)’s FirstLook pre-show, and that Sydney- and Melbourne-based Haven Licensing is set to rep Cut the Rope as its L&M agent in Australia and New Zealand.

Haven expects to roll out products covering apparel, e-accessories, toys, games, stationery and novelty gift lines,  and plans are in the works to expand into other categories by mid-2013.