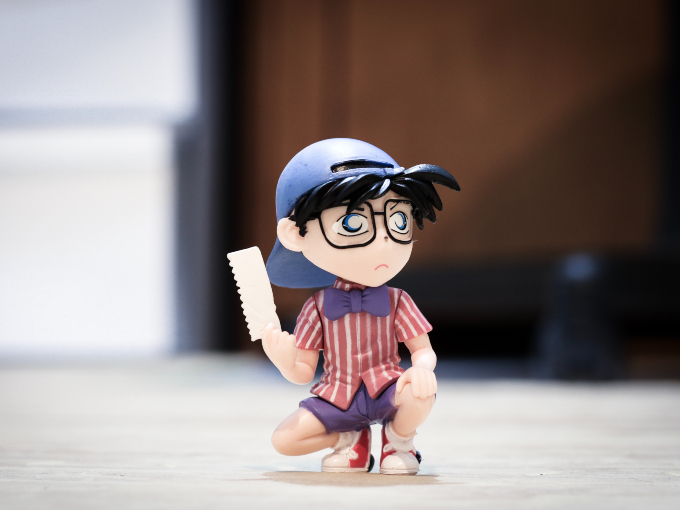 Method Animation, Poland’s Letko and Germany’s Trickstudio brought detective shows to the pitchfest, banking on the power of curiosity to attract buyers (and kids).

Move over Scooby-Doo. Producers at this year’s Cartoon Forum are betting on formulaic case-cracking storylines and the empowering nature of detective work to lure buyers and attract kids’ attention.

The new generation of projects in development are using detective stories as a vehicle for confronting stereotypes and encouraging kids to look beyond first impressions.

Camille Oesch, head of originals and producer at France’s Mediawan Kids & Family, says she recalls, as a kid, liking mysteries so much she wished she was Sherlock Holmes’ daughter.

But it was more than a childhood dream that inspired the new 3D-animated series Witch Detectives from Mediawan’s Method Animation studio. The built-in mystery of detective stories turns children into proactive private investigators who are engaged in figuring out answers alongside the characters, Oesch tells Kidscreen.

Method Animations’s 26 x 26-minute series for six to nines follows three teenage witch detectives who drive flying Vespas and wield wands that double as high-tech fingerprinting devices. With chic outfits—which blend Sherlock Holmes-inspired fashion with witch costumes—and canny deductive skills, the trio are meant to be an empowering example to young girls, inspiring them to seek out truths and help others, says Oesch.

“Our characters are these role models who fill the powerful jobs of both witches and detectives”, she explains. “The series will show girls resolving problems, while also addressing the mysteries of growing up”.

The nature of private investigator tales, with episodic mysteries to solve, offers infinite story potential and also allows the layer of one serialized mystery that ties a series together. “Means there’s a lot of potential stories that can be told,” Oesch adds. The studio has a three-season plan for Witch Detectives, offering bigger questions mixed with the standalone cases.

Germany’s Trickstudio Lutterbeck is putting a foodie twist into the mystery genre with Schalotte—An Onion for All Cases (26 x seven minutes). Billed as a “vegan crime series,” it focuses on a shallot and her friends who solve food-related mysteries. German broadcaster WDR has now signed a letter of intent for the series, which offers a unique lens on fighting injustice, Jens Opatz, WDR’s commissioning editor, tells Kidscreen.

“It’s a perfect frame for telling stories about diversity and social classes, but from a completely different point of view,” he explains. “We see a lot of potential to establish underlying themes like prejudice and inequality but mirrored in a funny way—within a society of fruits and vegetables!”

A show about private investigators is also a subtle way of debunking stereotypes. Poland’s Letko (Odo) has its eyes on putting two iconic clichés—black cats being unlucky and black sheeps being outsiders—under a magnifying glass.

In 2D-animated Happy not Lucky (52 x 11 minutes) a clumsy black cat and a plus-sized black sheep team up to solve crimes, such as where a missing food truck went and what happened to the missing sheep. A detective show, where these unlikely heroes can also be capable detectives, is an effective way to get kids thinking about stereotypes they have about others and themselves, says Anna Glowik, Letko’s production manager.

“When a sheep goes missing, who would we point to as the usual suspect?” says Glowik. “Probably the wolf and nobody would suspect a cute hamster, right? Well, in our show the wolf is a vegetarian hippie who wouldn’t hurt a fly, but the hamster? He’s a gangster.”

Outside of the pitches at Cartoon Forum, Singaporean studio One Animation, of Oddbods fame, is developing a cleverly named buddy comedy called Hard Boiled (52 x 11 minutes), for kids ages six to nine, about an egg that cracks cases.

“Detective mysteries are familiar and part of the culture all around the world,” adds Method Animation’s Oesch. “Whether characters are solving cases every episode, or diving deeper into big mysteries, they’re offering something different and surprising to kids every time.”

Other trends spotted at the festival include a glut of preschool content, sustainability, and shows that tackled tough topics like identity and belonging.

Photo by Edo Nugroho on Unsplash