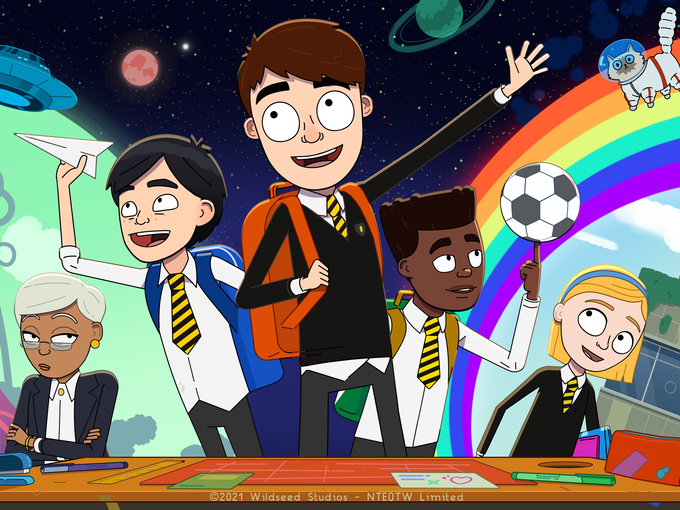 The commission for another round of this series for eight to 12s has also triggered an acquisition by ITV, brokered by CAKE.

A Sky Kids original, Dodo centers around a pre-teen boy who struggles with school and often finds himself caught up in misunderstandings and embarrassing situations. But with his best friends by his side, he learns to overcome these typical tween challenges.

The show’s first season launched in June 2021 on Sky Kids, which runs an on-demand platform and an app.

London-based distributor CAKE has also closed adeal for both seasons of Dodo (40 x 11 minutes) with ITV, which launched season one on its CITV children’s channel this week.

Created and directed by Jack Bennett, Dodo was inspired by his 2016 2D-animated short Not The End Of The World, in which an awkward teenage boy tries to find out who his secret admirer is after he receives a note from her at school.

Helen Stern (Gumball) is attached as a producer on the series, with Ben Ward (Horrible Histories) penning scripts. Sarah Mattingley, Wildseed’s head of kids and animation,  is providing executive guidance on the project.