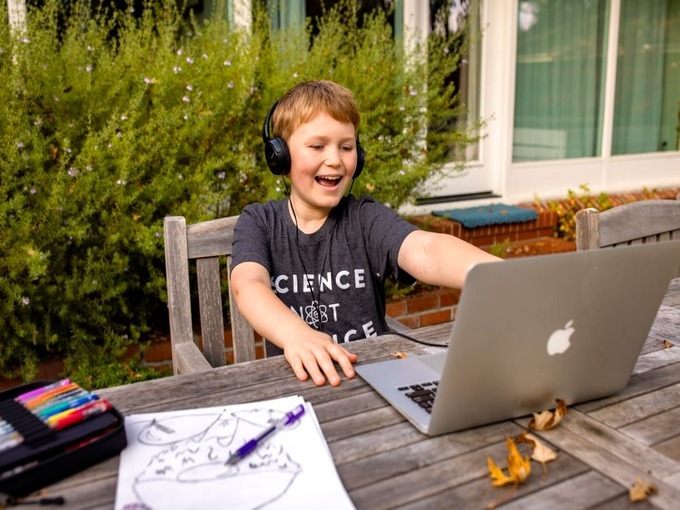 Gamecon 2022, a new initiative from the LA-based edtech company, taps into a growing community of young gamers with online events and activities inspired by Comic-Con.

Outschool is leveling up its online education business and breaking into the world of digital events. The LA-based edtech company has partnered with Fox (producer of reality show LEGO Masters), New York-based networking company The*gameHers, and execs from several game developers to build out its first digital convention for kids.

Gamecon 2022 runs from September 23 to 25, featuring a range of events based on themes to do with video games, board games and role-playing. Aimed at kids ages eight and up, the virtual expo also offers fighting-game tournaments, a cosplay design workshop, a large Minecraft server, sessions with Outschool educators, mystery escape rooms and role-playing in the world of Dungeons & Dragons.

“There’s such a wide spectrum of educational opportunities in gaming,” says Fernando Tarango, Outschool’s chief learning exec. “Whenever learners are playing, they’re being creative and innovative. They’re also learning resilience when they fail. And if we play with them, we can engage them and help them towards the learning outcomes they’re pursuing.”

Instead of holding the convention at a physical venue, Outschool decided it was best to host Gamecon online in order to tap into gaming’s global audience of players and not limit event participation, says Tarango.

He adds that the convention is also a great opportunity for the company to engage with its existing base of users, who have shown a growing desire to play games online with others and interact in events that channel Comic-Con.

“Gaming resonates with our community of learners—they want to be able to connect in video games,” Tarango explains. “[Gamecon] allows us to build something that learners want, that will help them develop their passions, and that introduces them to professionals in the industry.”

Founded in 2015, Outschool hosts more than 140,000 online classes on Zoom for kids ages three and up. The edtech platform has accrued more than a million users worldwide, and these kids have logged more than 9.5 million classroom hours, according to the company.

In a move to support emerging edtech companies, a fund led by Sesame Ventures called Sesame+Collab invested US$1.4 million in Outschool in 2017. Since getting this capital injection, the company has partnered with New York-based publisher Penguin Random House to launch a series of featured author sessions; developed a two-day interactive dance workshop with pop-music children’s group KIDZ BOP; and collaborated with Massachusetts-based edtech company Reconstruction US to launch an online course highlighting Black culture, peoples and achievements on its platform.