In her new role, Nerissa Holder Hall will expand the digital-first animation studio's IPs, beginning with its biggest one—Qai Qai by Serena Williams. 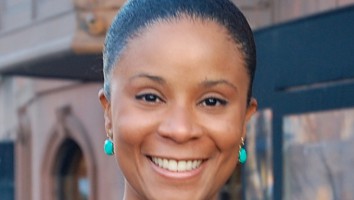 Hall is charged with driving the commercialization of the digital-first animation studio’s suite of IPs in publishing, long-form series, movies and consumer products. Her immediate focus will be to expand the company’s first and most established brand, Qai Qai, which was developed in partnership with tennis and cultural icon Serena Williams.

Qai Qai is a social media phenomenon, with more than four million followers on TikTok, Instagram and YouTube. Brand expansions already include a top-selling doll on Amazon, an NFT partnership with kids social media platform Zigazoo, a TV series in development, and an upcoming book release The Adventures of Qai Qai (due out on September 27 from publisher Macmillan).

Prior to driving content for Noggin, Hall built a career at Nick as a writer, researcher and consultant on popular kids series including Dora the Explorer and Go, Diego, Go!.

She has also worked at Pinna, PBS/WNET and Callaway Digital Arts, and was the founder of direct-to-consumer children’s publishing company Mirror Mirror Books.