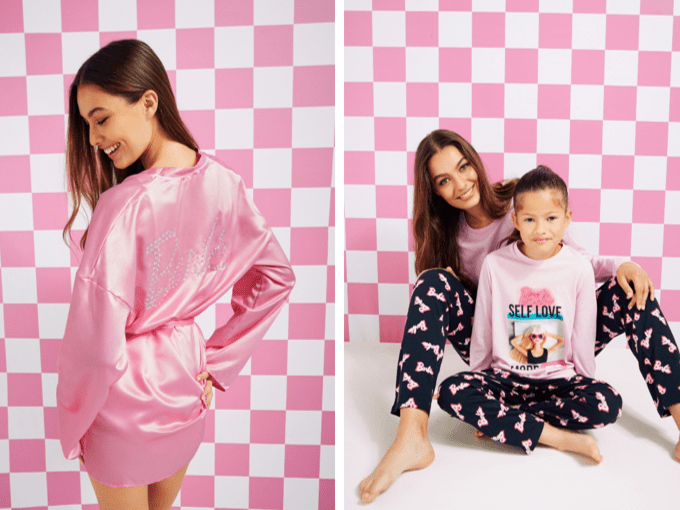 President and COO Richard Dickson says the iconic brand’s new fashion and metaverse activations point to its evolution from toy to entertainment brand.

From catwalks to TV and movies, Mattel’s Barbie doll brand has developed a rich history with fashion and trends throughout its 60-year history. Now the LA-based toyco is forging new apparel partnerships to capitalize on the Barbiecore viral fashion trend, bolstered by growing hype for its upcoming Barbie feature film in 2023.

Inspired by Barbie’s iconic dreamhouse, Italian clothing manufacturer Tezenis is designing a new capsule collection of bubblegum-pink blouses, crop tops, shorts and pajama sets for kids and adults. The new range is slated to roll out this fall and winter, and will sell through Tezenis’ retail shops in the UK.

Mattel is also branching the brand out into high-end designer fashion, partnering with the Arab Fashion Council and Lebanese couturier Jean-Louis Sabaji to design a new Barbie-inspired fall and winter collection. The clothes will debut in Dubai during Arab Fashion Week in October before launching on Sabaji’s e-commerce site later this year.

Pursuing new types of brand partnerships has helped elevate Barbie from its beginnings as a fashion doll line in 1959 into a diverse girl-empowerment brand for kids and adults, says Richard Dickson, Mattel’s president and COO.

“Barbie is a pop-culture icon,” Dickson tells Kidscreen. “As we evolve as a toy company and expand our entertainment offerings, we’re really becoming an IP-driven company. We’re taking the brands that you know and love and expressing them in new forms and formats.”

Another new format Mattel has been heavily pushing this year is its metaverse initiatives. In April, the toyco partnered with LA-based developer Gamefam to release its second collaborative Roblox title, He-Man and the Masters of the Universe: You Have The Power!. The two companies first partnered in 2020 on racing game Hot Wheels Open World, which continues to get regular new content updates from the developer.

“Roblox is a very important platform, and it’s a part of our strategy to be where our consumers are,” Dickson explains. “Our consumers are in the digital dialogue—playing games, going to live experiences—so we have to be in those spaces.”

Barbie and Polly Pocket are the next brands in line to be integrated into the metaverse through LA-based Super League Gaming’s Roblox title Livetopia. In this role-playing game, players can interact with characters in original quests; customize their digital avatars with new outfits and accessories; and explore some of the most iconic environments from each brand, including the Barbie Dreamhouse and Polly Plaza. The Polly Plaza experience launched on Roblox earlier this month, and the Barbie Dreamhouse experience is due out in late September.