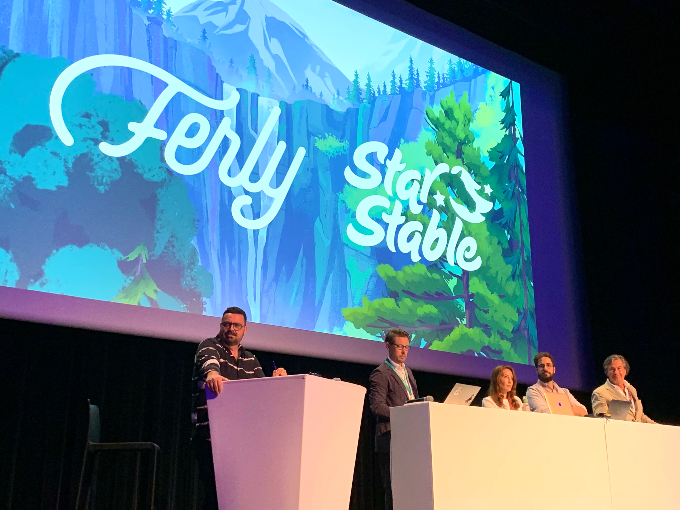 Girl protagonists, women writers and female-led prodcos are having a moment on day one of Cartoon Forum.

As Cartoon Forum kicks off in Toulouse, female characters and women in animation are the talk of the town.

In addition to trends relating to environmental issues and diversity, the number of projects starring strong female characters this year is noteworthy, the festival’s director Annick Maes noted in her opening address.

French prodcos Method Animation and Caribara Production are gearing up today to present the magical Witch Detectives (26 x 26 minutes) and the musical Billie and the Rockets (52 x 13 minutes) respectively. Witch Detectives follows a trio of female best friends who juggle school, mystery-solving and witchcraft. Billie centers on the titular young girl who starts a band with a group of aliens.

The 2D-animated tween series Star Stable: Mistfall (pictured), which is based on Ferly’s equestrian-focused IP, was among the inaugural pitches of the day. While presenting the 26 x 22-minute series, writer and showrunner Alice Prodanou (Total DramaRama) said her own experiences growing up inspired the writing for the coming-of-age struggles of the series’ female protagonist.

“When we did a graphic novel [for this IP], Star Stable specifically wanted a female writer and a female illustrator,” says Tuomas Sorjamaa, VP of sales at Finland-based Ferly, which is co-producing the series. “[Star Stable] is very female-centric. It’s unique for a gaming company to have more than half of their workforce female.”

Hanna Mouchez, MIAM’s founder and CEO, says the number of women in production and distribution is growing—and now she hopes to see a similar increase in female directors. “When it comes to directing and art directing, we still need to go out and really search for women,” she tells Kidscreen.

MIAM tapped two female directors for the 2D-animated Goat Girl, a co-pro with Ireland’s Daily Madness, about a quirky 13-year-old who was raised by goats. “We [also] have a series in development called Furious, which is directed by women,” Mouchez adds.

While outlining the growth of international co-pros in Spain’s animation sector, María Peña, CEO of Spain’s ICEX, said that it’s important to keep creating opportunities for women amid the boom. “We have to create a special space for female talent,” Peña tells Kidscreen, noting that she thinks there is still work to do on the international stage to get more women involved in key positions on animated series.

Buyers have taken note of the rise in female behind-the-camera talent. “I am particularly excited at the presentation of the large number of projects from a female perspective and starring strong female characters,” says Jo Boag, executive producer of animation at Australian pubcaster ABC.

With files from Ryan Tuchow.