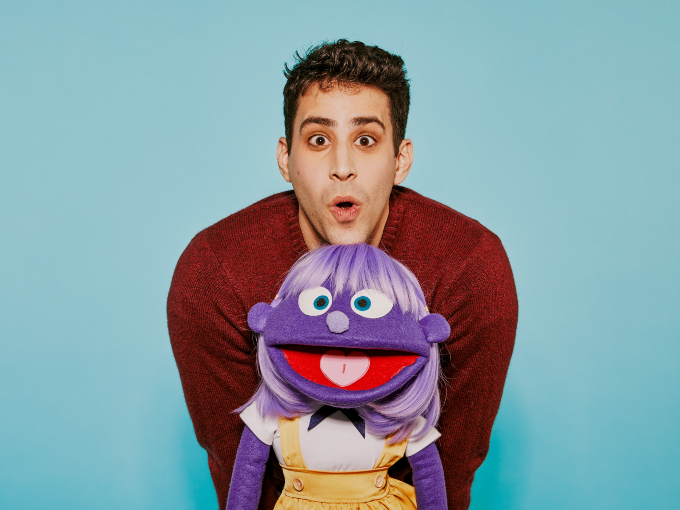 Will the next Mister Rogers please stand up?

Sensical and Kartoon Channel! are reaching out with Mister Rogers-inspired series that tackle timely topics and help kids feel seen and respected.

It’s a beautiful day in the neighborhood for prodcos and platforms serving up series that aim to fill the void left by the iconic Mister Rogers.

With kids, parents and caregivers still struggling to regain a sense of safety on the heels of the pandemic, there’s a need in the marketplace for programming that tackles tough topics in a positive and calming way.

Mister Rogers’ Neighborhood did it well, and shows created in its likeness are needed more than ever, says Jon Ollwerther, president of Genius Brands International’s AVOD Kartoon Channel!. Kids today are living in a frightening time with war and instability in the headlines, reminiscent of the reality when Fred Rogers first spoke to his young viewers in 1968.

Now as then, children are looking for someone who can help them deal with fear and pain, says Ollwerther.

“All of our content has to enhance kids’ well-being, and they want someone who will speak to them frankly and like a human; these types of shows do both,” he says. “Mister Rogers also didn’t shy away from big topics, and we want to do the same thing in our future projects.”

It’s a space he’s looking to fill with The Smack-Dab in the Middle of the Day Show, a new series Kartoon acquired in June that features humans and a puppet teaching kids social-emotional skills. LA-based GBI is now developing another project in the same vein, with the goal of giving kids content that not only entertains but also makes them feel seen.

With its low barrier to entry, the host-driven format is an attractive category for indie creators looking to help kids better understand the world. Some recent examples include Lindz Amer’s Queer Kid Stuff, which tackles LGBTQ+ topics; and Stan Tucker’s Very Airy Library, which has a literacy focus.

These shows typically start out on YouTube as they work to build an audience, but now AVODs are getting on board to provide a home for this type of content. For buyers, the shows fill a few key audience needs. The pandemic created gaps in learning, opening up opportunities for shows that play the role of teacher, emotional coach and friend to children. The content also meets the growing demand for social-emotional learning (SEL) by giving kids focused, one-on-one conversations about how to manage anxiety, deal with emotions and express themselves in healthy ways.

These shows offer a blend of education and entertainment that is pleasing to both audiences and advertisers, says Bethany Boles, head of programming at Common Sense Networks, which owns the AVOD Sensical. They’re also less expensive to pick up because the hosts and minimal sets don’t require huge budgets (compared to animated shows that cost millions of dollars to produce).

Common Sense’s data indicates that these shows can easily hold preschoolers’ attention for 22 minutes; their calm format doesn’t overstimulate kids with flashy or loud content; and they offer a great co-viewing opportunity for parents.

Older kids are also drawn in by a one-on-one approach. “For eight- to 10-year-olds, some of our most popular shows are gaming-focused series where kids feel like they’re friends with the host who’s playing a game,” says Boles. 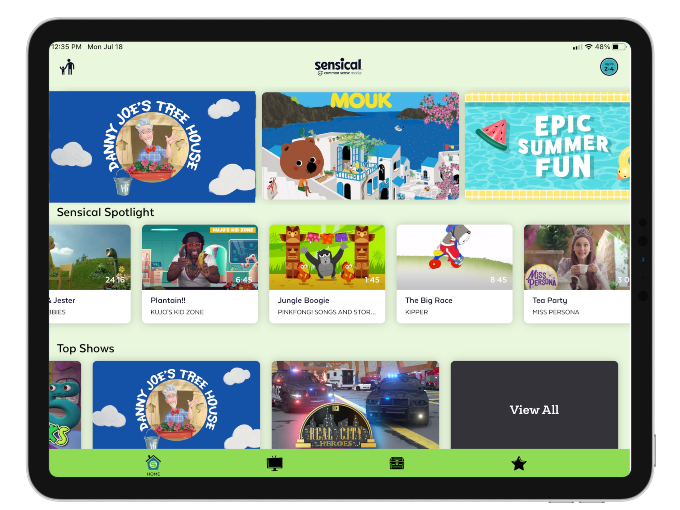 While buyers are increasingly interested in this kind of content, the creatives behind it are typically educators as opposed to trained performers or experienced producers. In some cases, it can be hard for them to sell their projects, says Danny LaBrecque, host of kids talk show Danny Joe’s Tree House, which is set to launch its third season on Sensical in September. Treehouse uses music, puppets and guests (like David Newell, Mr. McFeely from Mister Rogers) to teach kids how to understand and express their feelings.

LaBrecque has been trying to get the show picked up for 20 years, but often finds its conversational focus at odds with buyers and distributors seeking to hook kids with energetic, exciting action. Traditional buyers also want projects with sizable audiences already established, and indie creators with dreams of teaching kids don’t typically pull in those numbers, he says.

AVODs, however, can be much more niche, and they’re interested in the deep well of indie creatives who are cooking up ideas in topical corners kids care about. The resurgence in demand is a game-changer for those who specialize in communicating directly with kids through the screen.

The success of niche titles like Danny Joe’s Tree House has helped broadcasters and distributors see that this content isn’t just good for kids—it’s also good for business. And the possibilities are endless.

“There are so many problems kids face, we need an army of people like Mister Rogers, all with their different perspectives and voices,” says LaBrecque. “It may seem like that sort of voice has faded, but really, we are everywhere.”