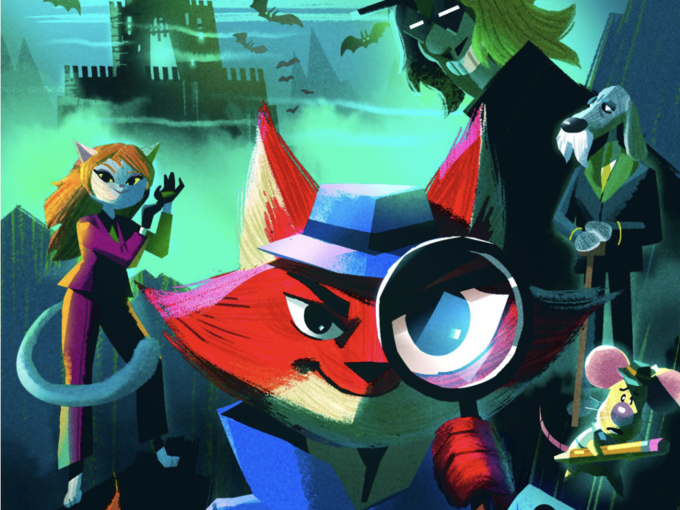 Following up on its success with The Cuphead Show!, the company has set an animated film in development based on the interactive comic strip and animated by LA's Chromosphere.

Slylock Fox is sleuthing his way from comic strip to the screen in a new project from New York-based L&M company King Features Syndicate.

The company, which owns the rights to classic characters such as Popeye and Betty Boop, is adapting the detective character—created by cartoonist Bob Weber Jr.—into an animated detective film. It has also renewed its representation agreement for the IP.

Evan Daugherty (Teenage Mutant Ninja Turtles) is on board to write and produce while LA-based studio Chromosphere (Steven Universe) will helm the animation. King Features president C.J. Kettler will executive produce the film.

The film will follow the titular fox and his mouse sidekick as they face off against an array of eccentric villains.

The interactive Slylock Fox comic strip, which first launched in 1987, features mystery puzzles, brainteasers and spot-the-difference games. The strip has a weekly readership of 20 million and is featured in 300 newspapers globally, according to the company.

King Features also produces The Cuphead Show!, a quirky animated comedy that debuted on Netflix in February this year, earning positive reviews and, according to Parrot Analytics, above-average demand. The 2D-animated series is based on the video game Cuphead by Canada’s Studio MDHR.

While it has more comic strip adaptations for film and TV in the pipeline, the company is also seeking to grow its roster of IPs beyond the classic newspaper cartoons according to a release. In August 2021, the company signed a deal to represent the Crazy Frog IP. The CG-animated amphibian, created by Swedish artist Erik Wernquist, spawned chart-topping music in the 2000s.