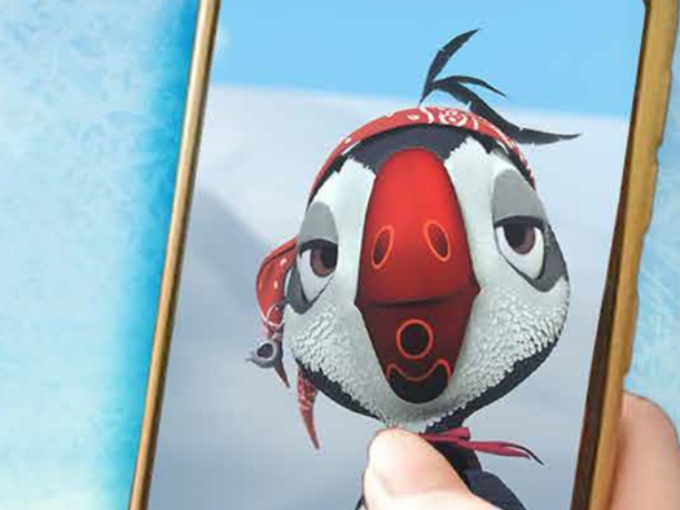 EXCLUSIVE: Italy’s ILBE is launching three new short series to meet the specific needs of audiences on social platforms like TikTok and Instagram, and its new distributor shares its vertical vision.

Due out in Q2 2023, ILBE’s first three releases in this new content stream will be short-form, non-dialogue spinoffs from its CG-animated film Arctic Dogs (93 minutes) and Puffins series (250 x five minutes).

Super Impossible centers around four superhero puffins who defend their city from an evil walrus; Swifty is about two foxes and a polar bear who go on exciting adventures together; and Mini Puffins consists of short comedic clips set against an arctic backdrop.

ILBE is planning to produce 100 episodes in total, and they’ll each be 60 seconds long in order to suit the quick and immediate nature of TikTok content that kids are accustomed to seeing. These videos will also be vertically oriented since so much TikTok and Instagram viewing happens on mobile phones.

LA’s Wonderfilm Media Corporation is handling worldwide distribution of the content, with ILBE taking the lead in Italy. Production financing was shored up through a combination of Wonderfilm’s buy-in and tax incentives.

Kids are embracing TikTok at a younger and younger age, and by the time they hit their tween years, they prefer it to YouTube, according to data released earlier this month from KidsKnowBest.

Finnish animation studio Gigglebug is also testing a vertical orientation approach with its new series Tadpoles, which is currently in development.

It might catch on more quickly now that TikTok-first creators are starting to expand into business opportunities beyond the social platform. Last week, Nutshell Animation (21 million followers) signed a deal with emoji app Facemoji Keyboard—which has previously partnered with major brands like Sonic the Hedgehog and Hasbro’s Bumblebee movie—for a range of stickers and emojis based on its 2D-animated comedy vids.