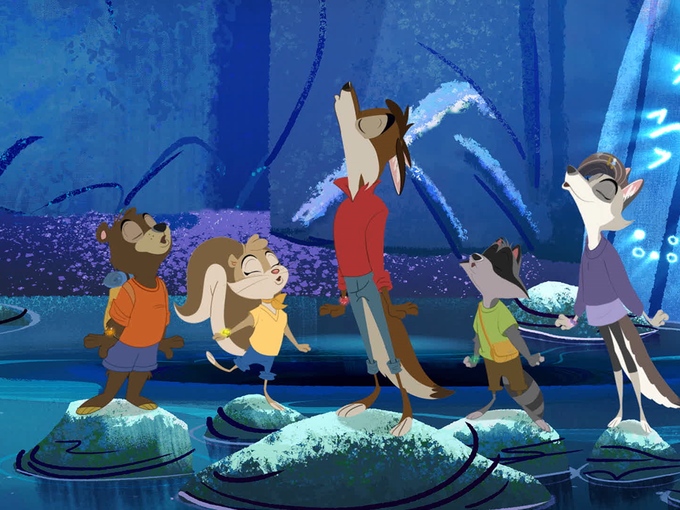 EXCLUSIVE: The agency has come on board to introduce the company's 2D-animated projects to buyers at MIPJunior, and also explore franchise growth strategies.

GWE was established in 2021 to create an entertainment franchise out of the resort’s woodland creature mascots, which were highly popular with guests. These characters include Wiley Wolf, Violet Wolf, Oliver Raccoon, Sammy Squirrel and Brinley Bear.

The new deal will see Cookbook exclusively distribute GWE’s 2D-animated content globally, starting with its recently completed debut film The Great Wolf Pack: A Call to Adventure (pictured). The pic is aimed at kids and families and sees the animal gang harness a mystical power to help others in need.

At next month’s MIPJunior market, Cookbook will present the film along with a series of shorts (10 x five minutes) that follow individual characters on smaller standalone adventures. It’s looking for co-pro partners, but also wants to pave the way for larger expansion opportunities for the franchise.

“What we’re also helping them do is strategize bigger potential partnerships that could accompany Great Wolf Resorts into other touchpoints with kids and families,” says Cookbook co-founder Claudia Scott-Hansen. She adds that these touchpoints could extend into gaming, audio, books and immersive experiences.

Great Wolf is also currently working on a package of 22-minute animated episodes exploring more of the pack’s adventures. “Four of them are already completed, and more are in production,” Scott-Hansen says, noting that the goal is to create a full series for a streaming partner.

Cookbook Media was established in March 2020 and has since expanded its business focus to represent studios, IP creators and even brands (including New York’s dance theater Alvin Ailey) that are seeking to break into children’s entertainment.

Great Wolf, which operates 19 resorts across North America, is gearing up to launch its next location in Maryland next year.