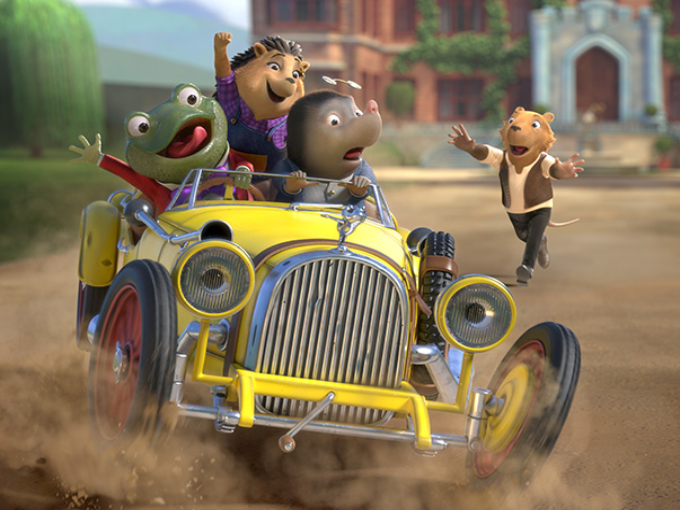 The HoHo Entertainment series has market momentum, stacking on a UK partnership with The Point.1888 to its recently announced broadcast deal.

Hoho Entertainment has named The Point.1888 as licensing agent for its Toad & Friends series in the UK, just a week after it was announced that Warner Bros. Discovery EMEA has acquired the series for broadcast.

The London-based agency will focus on expanding the IP into new categories, such as toys, apparel and homeware, through new licensee and retail partnerships.

The IP has significant potential for cross-generational appeal in CP, says Point.1888′s commercial manager Olivia Wiggett, noting that it is popular not just with kids but generations of parents (and grandparents) who have read The Wind and the Willows.

“The show is an amazing mix of nostalgia and a new animation style, something that is fairly unique in entertainment properties,” adds Wiggett.

The CG-animated series (52 x 11 minutes) is aimed at kids ages four to seven. Based on Kenneth Grahame’s classic 1908 novel, it spins new riverside adventures for characters Mole, Ratty and Toad. The show will launch in 2023 on Warner Bros. Discovery’s Cartoonito block in EMEA, as well as on HBO Max’s European service.

The Point.1888 reps licensing for several kids properties in the UK, including Moonbug Entertainment’s preschool shows CoComelon and Blippi, as well as children’s book series Percy the Park Keeper, by British author Nick Butterworth. At the end of August, the agency was appointed to represent Star Stable, a video game aimed at tween girls that’s focused on horseback riding.