The Canadian media company has signed an overall deal with writer-producer Jeff Norton to lead the studio, which will adapt book-based IP aimed at kids. 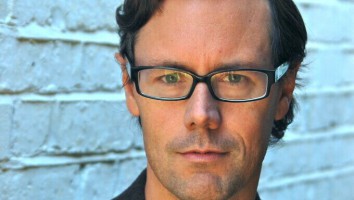 Toronto-based Corus Entertainment has set up a new prodco to facilitate a stronger push into live-action kids programming and book adaptations.

Waterside Studios is at the center of an overall deal Corus has inked with British prodco Dominion of Drama, which specializes in book-to-screen adaptations. As part of the deal, author and Dominion founder Jeff Norton (pictured) has been named head of the new studio.

The agreement will see Norton build out Waterside as an incubator of IP and prodco specialized in scripted live-action content for youth and primetime audiences. On the kids side, it will focus on adapting books aimed at kids, working in partnership with Corus’s Nelvana, which will shop the studio’s content globally via its distribution division.

Within the new deal, Dominion is optioning kidslit titles such as The Last Wish of Sasha Cade, Cheyanne Young’s 2018 book published by Corus-owned publisher Kids Can Press.

Norton’s list of credits spans books, screen and film. A successful kids and YA author, he is also a seasoned executive producer, most recently on Corus’s preschool series Trucktown, which is based on the same-name books by Jon Scieszka. His past producing and consulting credits also include The Jim Henson Company in 2003 and 2006′s Choose Your Own Adventure interactive animated film.