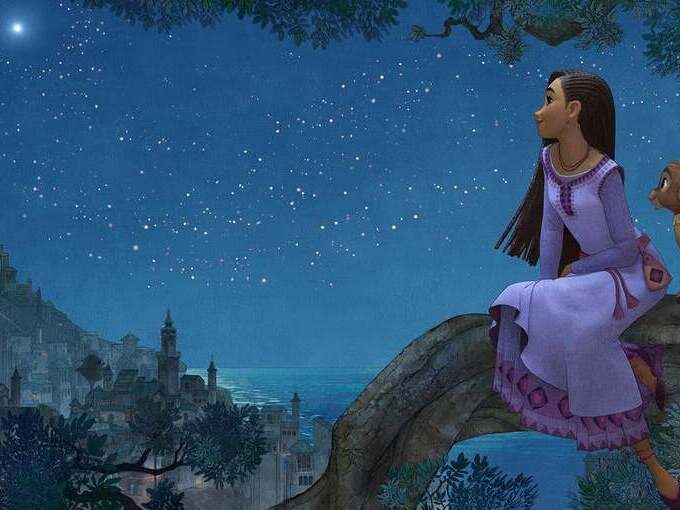 The House of Mouse uses its fan convention as a launchpad for a new slate of animated features from Pixar, including a musical toon and a sequel to a big hit from 2015.

Using the hype machine of its biennial convention-style fan event, D23, Disney has released details on a slate of new films in the pipeline.

The announcement marks a return to musicals with Wish (pictured), an animated origin story of the wishing star that’s set to release in fall 2023. Peter Del Vecho and Juan Pablo Reyes (Frozen) are producing the film about a 17-year-old girl who makes a plea that ends up being answered by Star, a small ball of boundless energy. Chris Buck (Frozen) and Fawn Veerasunthorn (Raya and the Last Dragon) will direct, with Jennifer Lee (Zootopia) attached as a writer. Ariana DeBose (West Side Story) is on board to voice the protagonist and singer-songwriter Julia Michaels will pen songs for the soundtrack.

Pixar is exploring the inner minds of kids again with a sequel to Inside Out—its 2015 film about anthropomorphic emotions inside the head of an 11-year-old girl. Inside Out 2 will navigate the rocky emotions of a now-teenaged Riley. Kelsey Mann (Party Central) will direct the project, with Amy Poehler reprising her role as Joy. Writer Meg LeFauve and producer Mark Nielsen are also returning for the sequel, which is slated for a summer 2024 release.

Pixar is also developing Elio with director Adrian Molina and producer Mary Alice Drumm (Coco). This sci-fi comedy features an 11-year-old boy whose mother is working on a top-secret project, which results in him getting beamed into outer space. America Ferrera (Ugly Betty) and Yonas Kibreab (Obi-Wan Kenobi) will voice the mom and son duo in the film, which is due out in spring 2024.

These new projects join CG-animated Pixar film Elemental, which was greenlit in May, in Disney’s animation pipeline. In recent years, the company has also been betting big on live-action adaptations of fairy tales, and it has titles such as The Little Mermaid, Snow White and Disney+ film Peter Pan & Wendy lined up to serve that strategy.

In other D23 news, three holiday specials will launch on Disney+ later this year. Best in Snow, hosted by Tituss Burgess (Unbreakable Kimmy Schmidt), will see teams competing to carve blocks of snow into Disney characters. Pentatonix: Around the World for the Holidays will follow the titular acapella group on a world tour, diving into holiday traditions from various cultures. And finally, The Hip Hop Nutcracker will reimagine the classic ballet, starring Rev Run from legendary rap group Run-D.M.C.