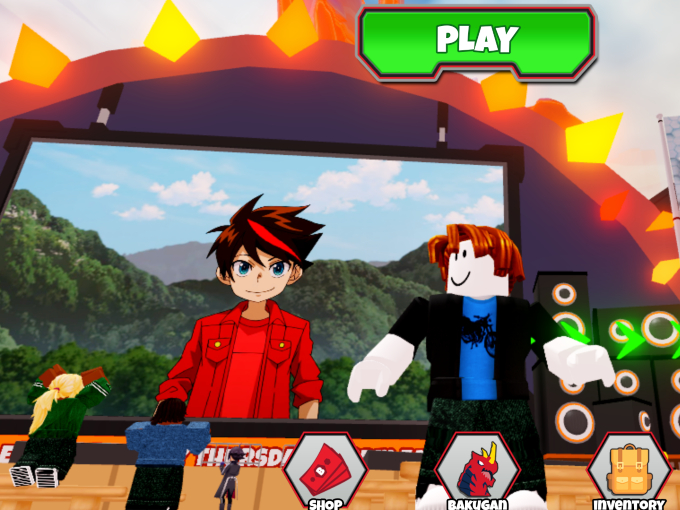 OPINION: Using the metaverse to support an IP throughout its life cycle

The metaverse has the potential to offer different types of viewing experiences, and Spin Master's Bakugan experiment in Roblox is just the beginning, says Dubit's David Kleeman.

The other day, I settled in to watch an episode of Bakugan…in Roblox.

As I give talks about children and the metaverse, one of the most frequent questions is what place TV will have in these immersive spaces. Brands and content that stem from that medium already play a central role in the emerging Web2 platforms that represent the “proto-metaverse” (Fortnite, Minecraft, Roblox, etc.). Some are official and built by the IP owners, such as Nickelodeon’s Nickverse. But many, if not most, are user-generated experiences; for example, before there was an official Cartoon Network Ben 10 game in Roblox, there were many fan-made ones.

In the month after Squid Games debuted on Netflix, more than 100,000 unofficial games appeared in Roblox. Not so long ago, a franchise owner would have asked the platform to remove them, or they might have sent cease-and-desist letters. But instead, Netflix COO Greg Peters said on an earnings call, “I think that’s great, and I think that we should celebrate that fandom and that excitement as well.” The streamer has realized that it gets both free promotion and insight into how its subscribers want to engage with their favorite content.

Bakugan was different, though. On entering Bakugan Battle League, I wandered (mostly, as a Roblox noob, running into walls) and watched a battle zone in the center. I was prompted to choose an episode, and while wondering how to view it, spotted a massive screen dominating the space. I made my way toward it and joined dozens of avatars facing the screen and bouncing up and down.

It was then that I realized the genius in this design. We were all watching whichever episode we’d chosen, but we didn’t have to be watching the same story to feel a part of an active, communal experience. Through mass customization, on-demand metaverse TV was personal, but not solitary. Of course, friends could also agree to meet in a particular server and co-view the same episode together.

This is, of course, just one approach to how we’ll watch TV going forward. Dubit often talks about television being divided among “clubhouses” and “portals.”

Classic Nickelodeon was the ultimate clubhouse – kids loved the overall brand and proudly wore the orange “splat” on t-shirts. They might have favorite shows on the channel, but felt confident that any time they came there, they’d find something appealing – something that felt like it had been made just for them. Branding and continuity reinforced the sense of community.

Netflix, by contrast, is decidedly a portal. You seldom see a kid wearing a Netflix t-shirt. They know which of their favorite stories and characters are on the platform, but there’s no community hanging around at the app’s top level. We’ll see if adding games and interactive elements changes this.

The metaverse is likely to be home to both types of experiences. A hybrid of the Nickverse with a Bakugan-style video-viewing platform would create a powerful hangout space for play, exploration, watching and – importantly – acquiring the “verchandise” to express fandom. The Bakugan experience is a clubhouse – a fan’s space to play, socialize, watch, buy and more.

Conversely, it’s easy to imagine a metaverse experience with live and recorded videos, plus interactive spaces, around any particular sport with deep content, regardless of your favorite player or team. The “TV” element might be organized horizontally (general blooper clips from the sport) or vertically (deep-dives into a single team or athlete).

We already know that platforms like Roblox can be enormously supportive at every stage of an IP’s life cycle in the following ways:

Adding the ability to screen linear episodes within a brand’s world can increase visit duration in a metaverse space and promote sampling for new visitors. Just as every media company needs to have a YouTube strategy to understand what content elements best lend themselves to the platform without cannibalizing linear or streaming distribution, so too will they need a metaverse strategy.

David Kleeman is SVP of Global Trends for Dubit, a UK-based metaverse studio and research/strategy consultancy. Some of Dubit’s recent creations include the Samsung Superstar Galaxy event featuring a performance by Charli XCX, the Grammy Awards event on Roblox, and launching Nickelodeon’s Nickverse.